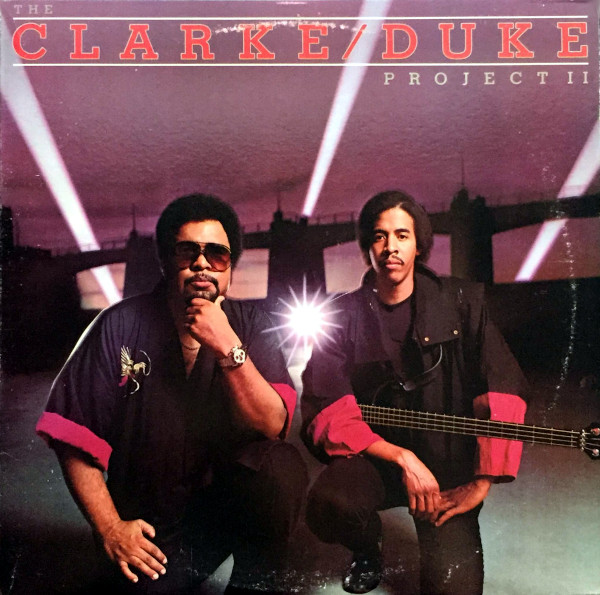 The funky duo of Clarke and Duke return! Now, if they could only get their audience to come back…

Given the success they had the first time around, it was pretty much a fait accompli that Stanley Clarke and George Duke would make another album together. The Clarke/Duke Project II is that album. It’s not as funky as the first project, which was already once removed from the funk of George Duke’s solo records (e.g., Follow The Rainbow). Instead, the album is just as likely to trot out synth rock (“Put It On The Line”) or an R&B ballad (“Try Me Baby”) as funk.

I notice that the Clarke/Duke albums seem to have a cleaner image than Duke’s solo music, like the positive “Every Reason To Smile” or “The Good Times.” That said, I’m not sure there’s much of a market for clean-cut funk. I can totally see someone putting an old George Duke record on the turntable and rediscovering their booty, but I can’t imagine listeners playing air bass guitar to “Great Danes.” Then again, it’s not like I’m looking into your home with a telescope, so maybe that’s exactly the sort of thing you do.

If these projects do nothing more than turn fusion fans onto funk or vice versa, then they’ve already served a purpose. You’ll find more basscrobatics on Stanley Clarke’s albums, though, and better funk on Duke’s. I do enjoy the production value on this record; songs like “You’re Gonna Love It” just ooze quality. Prog fans can stay out of the Projects altogether and scrounge around for a clean copy of The Jean-Luc Ponty Experience if they prefer, but there’s no denying that Duke’s participation elevates Clarke’s funk aspirations.