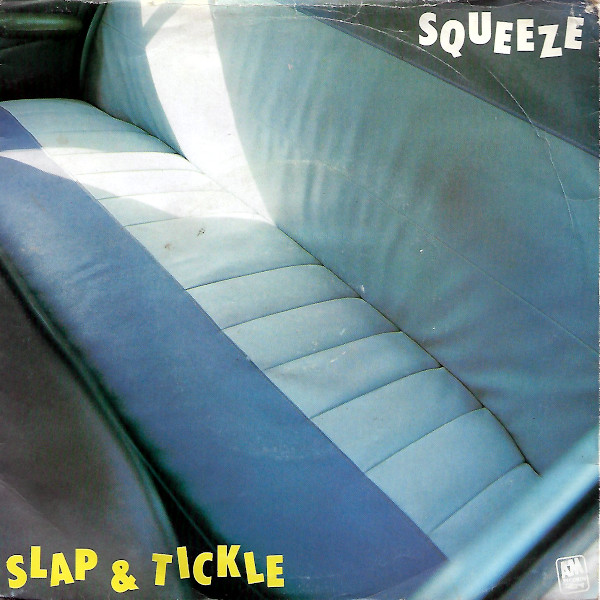 Pretty much “Take Me, I’m Yours” but with a nice boy-meets-girl story behind it.

The first song on their second album, Slap & Tickle felt like a conscious attempt to duplicate the sound and success of their first big single, “Take Me, I’m Yours.” The rapid-fire vocals and clever wordplay are classic Squeeze, but the synth-heavy production is something they would thankfully abandon (at least until Difford & Tilbrook). A&M initially pressed the first 50,000 copies on red vinyl; I don’t have a red vinyl copy myself, but a YouTube recording of one plays at a noticeably slower speed than the black vinyl or elpee versions. Definitely a discovery for the rainy-day folder…

The B side is another tempting nonalbum track, All’s Well. Sung by Jools Holland, it’s a typical (for Squeeze) boogie woogie piano song about a rake on a boat. Just the sort of thing you would expect from Dave Edmunds, whose career would intersect (inevitably) with Squeeze on the in-all-ways-brilliant East Side Story. And if this all sounds a bit familiar, Squeeze tried the same trick with the B side to “Take Me, I’m Yours,” “Night Nurse.”