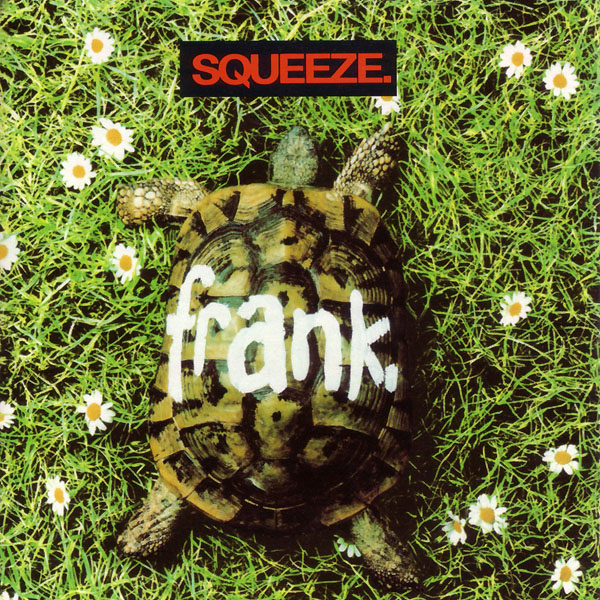 Not as commercially successful as Babylon and On, but arguably the better album.

Frank is furter along the curve than Babylon and On, nearly aligning with the arc one might have extrapolated from Sweets from a Stranger some seven years on, which is a long-winded way of saying this is what I expected a Squeeze album from 1989 might sound like before I could have imagined that frutti post-sweets hiccup. It’s a subtle difference from their last album: same line-up, same producers, but it doesn’t try so hard to charm you with songs like “853-5937” and “Hourglass.” In fact, it aligns with the classic East Side Story in more than a few ways, from the swingin’ throwbacks (“Dr. Jazz,” “Is It Too Late”) and sympathetic portraits of real-world relationships (“She Doesn’t Have To Shave,” “Can of Worms”) to an opener (“If It’s Love”) that clearly invites comparison to the classic “Is That Love.”

I see this album as a slight inching forward from Babylon that arguably culminated with Play. The synthesizers are replaced with accordion, the quick wit rolls a bit more naturally, Difford gets another neat cameo (“Slaughtered, Gutted and Heartbroken”) and this time so does Jools (“Dr. Jazz”). A few tracks on here belong with my favorites from Squeeze, including “Melody Motel,” a country-styled tune that ranks alongside “Labelled With Love.” If it’s not a complete return to form, at least it’s nice not to have to explain away the synthesizers and awkwardly in-the-way horns. Of course it’s not the breathtaking accomplishment of East Side Story, and nothing could be again, but Squeeze fans had been holding their breath for a while waiting for an album like Frank and could now reasonably exhale without worrying where their next gulpful of goodness would come from.

All songs written by Chris Difford and Glenn Tilbrook unless noted. All songs arranged by Squeeze.