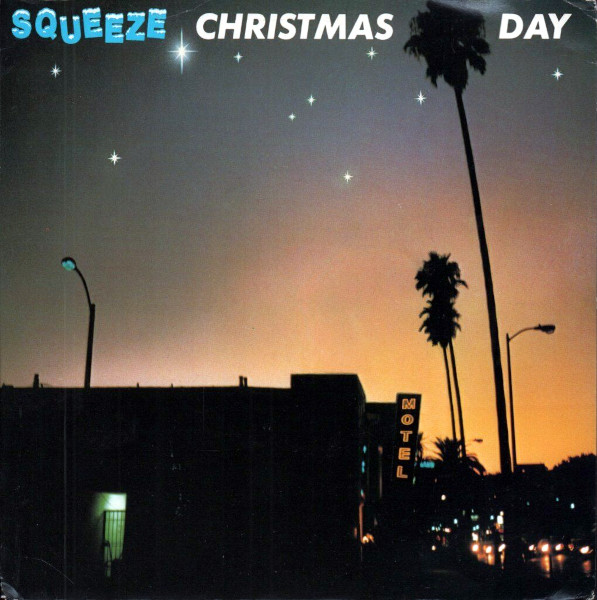 Squeeze’s first and only foray into the holiday season is this unappetizing fruitcake.

Kronomyth 2.5: Pulling chestnuts from a fire.

The rock & roll holiday single is a time-honored tradition that has yielded some great music, from The Kinks’ “Father Christmas” to Run DMC’s “Christmas in Hollis.” And then there’s Christmas Day, one of the weirdest songs that Squeeze has ever released. It’s not only impossible to hum, but is actually pretty subversive as Christmas songs go. Oh well, XTC’s “Countdown to Christmas Party Time” wasn’t destined to be a classic either. (“Thanks for Christmas,” on the other hand, is just swell.)

The flip side is a nonalbum song, Going Crazy, that feels like a leftover from their first album. It has the same nervous new wave production and no real melody. As impossible as it seems, Squeeze had managed to release a Christmas single that was singularly unfun. To prove the point, “Christmas Day” didn’t even chart in the UK, and you know a Christmas song is bad when the English don’t buy it. The band also made a low-budget video for “Christmas Day” that featured the band goofing around with some silly friends in a small room. I sort of miss the days when you could make a music video for less than the cost of a sofa.