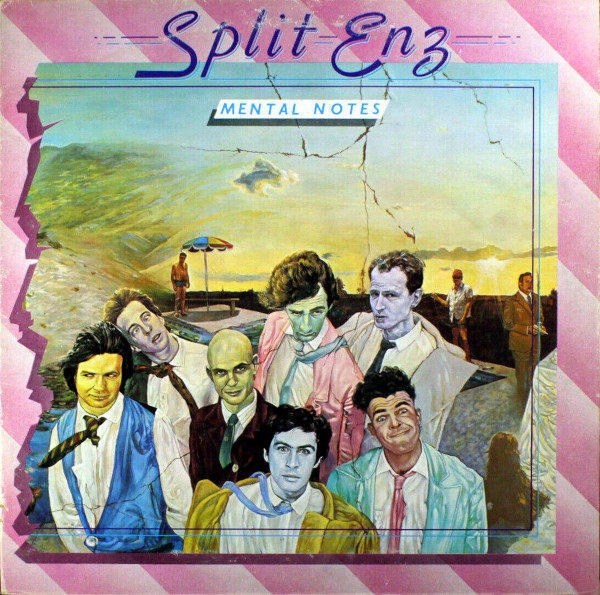 A second merry-go-round featuring a handful of re-recordings from the first album plus new tracks.

Split Enz were the opening act for Roxy Music’s 1975 tour, which opened the door for Phil Manzanera to produce their second album, Second Thoughts. It’s an appreciably clever title, as the band clearly had second thoughts about their first album, re-recording several songs from Mental Notes. To further confuse things, the resulting record was released in the UK and the US as Mental Notes, to be filed in the growing folder of “If I had to do it Down Under, I’d do it all over again.”

I enjoyed the band’s Australian debut a lot, but I’ll concede that Second Thoughts is an improvement. Manzanera and the band do a better job with old material the second time around, whether it’s letting Tim take the lead from Phil “strangled goat” Judd on Titus or smoothing out the rough edges on Time for a Change. Walking Down a Road and Stranger Than Fiction are still pretty strange, but benefit from having Robert Gillies aboard as a full-time member.

Judd, who actually opposed the idea of redoing their original material, adds some exciting new tracks including Late Last Night (again, highly reminiscent of 10cc) and Sweet Dreams (which clearly references Genesis’ “Watcher of the Skies”). An old number (“129”) gets a new name, Matinee Idyll, and Phil and Tim Finn collaborate on the winning Lovey Dovey (“Counting Out Time” is the reference point this time) and the truly deranged The Woman Who Loves You (featuring a spoon solo from Noel Crombie!).

More than their first album, Second Thoughts brings the Genesis and 10cc influences to light while clearly shining a spotlight on their own eccentricities. Manzanera turns out to be a stabilizing influence, which just goes to show how truly left of field Split Enz were. If you like demented pop music (and who doesn’t?), I would recommend this without a second thought.

All arrangements by Split Enz.