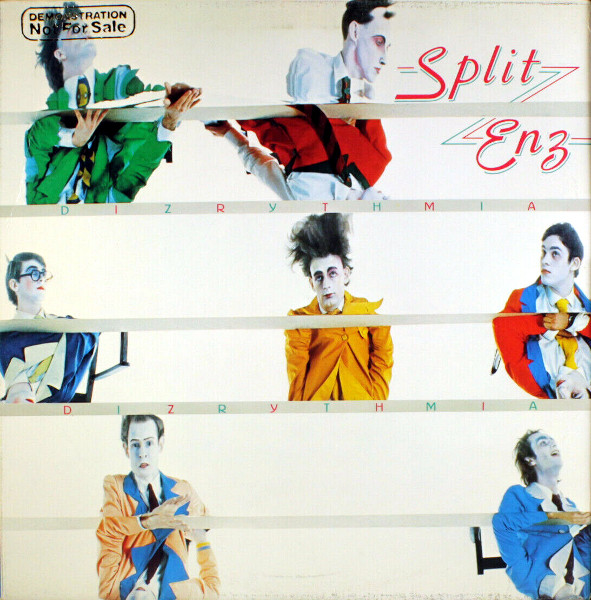 Despite the lineup shakeup, the band doubles down on the clown imagery with mixed results.

Kronomyth 3.0: Memories of the heydays with the better company.

Phil Judd was gone. So were Michael Chunn and Emelyn Crowther. Tim Finn and Edward Rayner did their best to carry on with the same clockwork strangeness, but the enz result is less convincing this time. Bold As Brass and My Mistake were maybe every bit as animated as their past successes, but it was Charlie that boded well for the future, a masterpiece of emotion that showed a serious side of Split Enz heretofore hidden.

The changing lineup actually didn’t change the band’s sound that much. The rhythm section feels more or less the same, and neither Neil Finn nor Phil Judd are likely to be confused with Angus Young anytime soon. In fact, a few songs appear to be holdovers from the previous band: Sugar and Spice, Nice to Know and Jamboree. The first of these reminds me of Sparks, the second of 10cc, but it’s only “Jamboree” that truly feels like the work of the original Enz, a parting nod to the progressive fancies of the past.

Dizrythmia is a good album, don’t get me wrong. For “Charlie” alone, it’s worth picking up. And there were very few bands making pop music as clever as “My Mistake.” The choice of Geoff Emerick as producer, however, might have led the band to explore their Beatles fantasies a bit more rather than trying to re-create the technicolor madness of their first two albums. Split Enz were, to be sure, an acquired taste, as their sense of showmanship often overshadowed their music. Tellingly, Frenzy stepped away from that image to focus on the music, which had always been the band’s core strength.

*Spelled as “Charley” on some releases.

Front and back cover design by Noel Crombie.