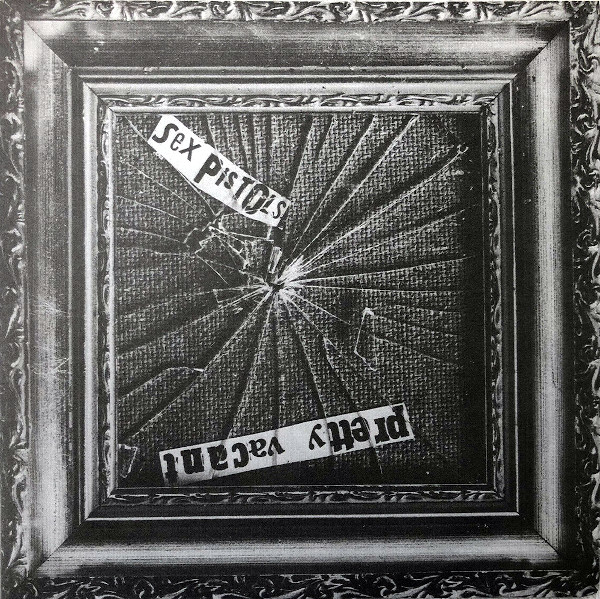 NaMEd the best single of 1977, because Shaun Cassidy was the real anti-christ.

I’m not a professional phuckologist or anything, but I don’t hear how Pretty Vacant is the best single from 1977. (You can read NME’s full list for the year here.) I’m pretty sure The Clash and The Damned released a few singles that year. Chalk it up to Pistols mania; the single was snatched up by a hungry public and lifted into the UK Top 10 within days of its release. It’s a great song, don’t get me wrong. The opening guitar feels like a call to arms even forty years on and the whole thing is full of snot and swagger, but it honestly feels a bit tame after “Anarchy in the U.K.” or “God Save the Queen.” Extra points for working the word “cunt” into another single, though. Deftly done, Mr. Rotten.

Honestly, the flip side is the real gem: a demo’d version of The Stooges’ No Fun that descends into primal madness. Johnny Rotten’s guttural growl is perfectly evil; it makes Jean-Jacques Burnel sound like a choirboy. For six minutes, the Sex Pistols conjure utter chaos from music’s darkest maelstrom. Even the original version by The Stooges seems tame by comparison, if not a little boring.

Six months later, after it was clear that listening to Sex Pistols wouldn’t result in immediate and widespread revolution, “Pretty Vacant” was released in the US with “Sub-Mission” on the B side, because we really are no fun. The US picture sleeve, however, is terrifying. Best-looking single of the year, I’m with you all the way.