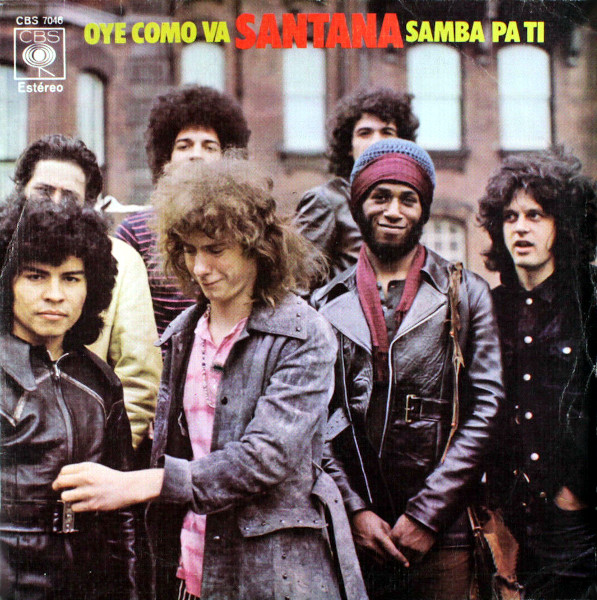 Santana turns Tito Puente’s cha-cha into an international hit by re-arranging it for a rock band.

Santana’s slow, sultry version version of Tito Puente’s Oye Como Va replaced the original flute and horns with electric guitar and organ, and in the process created one of the earliest and purest examples of Latin rock. The album version features solos from Carlos Santana and Gregg Rolie, but the single version edits out Rolie’s solo to bring the song just under three minutes. The song not only brought added fame to Santana but also renewed interest in its original author, Tito Puente, for which the mamba king has remained ever-grateful.

The B side is a Carol Santana original, Samba Pa Ti, which is more or less a guitar solo with a shuffling arrangement behind it. Identical to the elpee version, it highlights Santana’s expressive style in a very approachable way, at least until the magic fingers take over in the second half and you get a schooling in the electric guitar. “Samba Pa Ti” is one of the few times where Santana reminds me of Jimi Hendrix, who passed away when Abraxas was released, and in some ways could be heard as a mantle passing, if you were inclined to such idle ideations.