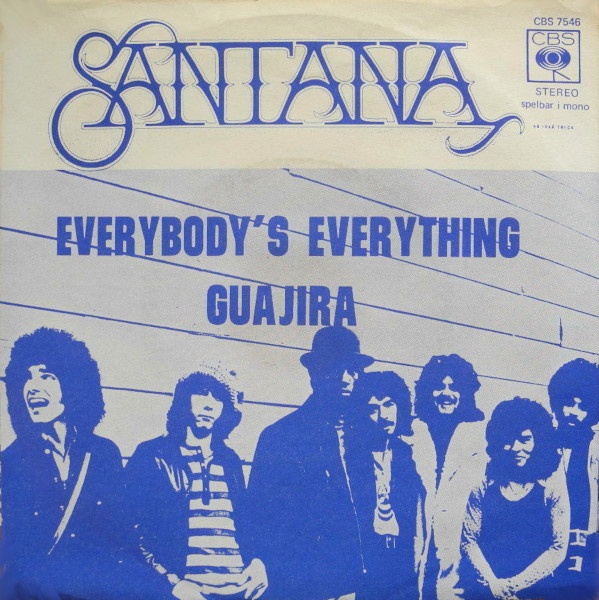 Kronomyth 3.01: The emperors visit the tower of power.

Santana albums are more or less variations on the same formula (although their next album, Caravanserai would beg to differ). You can expect percussion-driven jams, covers of minor American hits done in the band’s Latin idiom and at least one Latin song given a rock treatment. A cover of The Emperors’ “Karate,” now titled Everybody’s Everything, satisfied the second, but with a peppermint twist: the band added new lyrics to the song that replaced the original dance instructions with flower power. And for an added twist, Santana invited the Tower of Power horn section to give the song an extra shot of soul. The results are pretty good, although I would tell you that there are at least four songs on Santana III that are better.

One of those songs is Guajira, which featured guests Mario Ochoa on piano and Rico Reyes on vocals and percussion. This definitely lands on the Latin side of the Latin/rock equation, and flows so smoothly that five-and-a-half minutes isn’t enough (by contrast, most of the songs on Santana III seem longer than they really are). In Spain, “Guajira” was even given equal billing on the single. Both songs remained popular entries in the band’s live performances, though not as popular as “Batuka/No One To Depend On” or “Toussaint l’Overture” from their third.

Back-to-back hits 7-inch single reissue
A1. Everybody’s Everything
B1. No One To Depend On