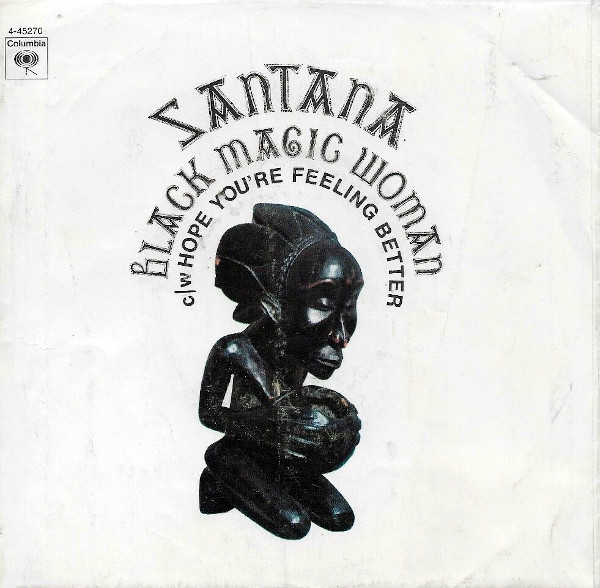 Santana’s second tale of a supernaturally evil female cemented their status as a major new force in rock, although one couldn’t help but wonder if the devil wasn’t in the details. It’s rare for rock bands to cover recent material from their contemporaries (in this case, Fleetwood Mac) and rarer still for them to do it so much better when the original in question already sounded great. That shows exceptional confidence and even a certain fearlessness in Santana. The single version presented here is substantially edited from the elpee version, but even without the extended organ and guitar invocations it’s a powerful song.

The flip side, “Hope You’re Feeling Better,” is a powerhouse original from Rolie that may be as close as Santana has come to sounding like Jimi Hendrix. The sound pulses in a psychedelic frenzy as Rolie directs his sonic psi-blast at a stupid girl. I always felt that Rolie’s originals were given short shrift in the legacy Santana, as if they were simply filler between the famous Latin masses, but in truth they were some of the most exciting moments on the early Santana albums.

Shortly after its release, “Black Magic Woman” was paired with Abraxas’ other single, “Oye Como Va,” and this was re-issued over the years as part of the Columbia/CBS Hall of Fame series. A live version of “Black Magic Woman” from Moonflower was also released as a single.