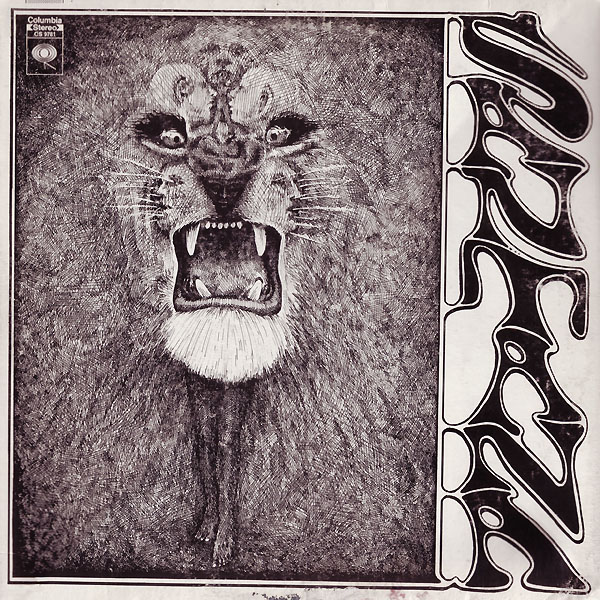 The classic debut album from the psychedelic Latin jam band that stormed Woodstock.

After the powerful performance at Woodstock in the open church of Man, the band known as Santana released this eponymous album into the world, setting into motion a phenomenon that continues strong some forty years on. While the band has undergone myriad lineup changes and shifted its purpose slightly to suit the tastes of the time (disco, pop), it has remained remarkably true to the vision outlined here: Latin jams driven by percussion and punctuated by guitar and organ solos; pop songs that put a uniquely Latin spin on the psychedelic/San Francisco scene; and magic jams that delve into jazz forms, often containing an ingenious guitar solo.

This first album contains classic examples of each: “Soul Sacrifice” and Babatunde Olatunji’s “Jingo” in the jam department, “Evil Ways” as the quintessential Santana cover, “Shades of Time” as the clever original. For all their confidence, however, this is still a young band finding its voice. Heavy blues-rock numbers like “Persuasion” and “You Just Don’t Care,” for example, are typical of the post-Cream landscape but not emblematic of the Santana sound.

While the acts that went before them (Jimi Hendrix, Grateful Dead, Cream, The Doors) certainly influenced Santana, and a cynic might see them as no more than a custom Latin chassis on a commercial engine, their voice is a unique one in rock. No one plays guitar quite like Carlos Santana, their instrumentation (percussion, guitar, organ & bass) is hypnotic and original, and Gregg Rolie left behind some of the greatest organ work in rock music. What the band lacks is a true lead singer; Rolie and Santana share the duty out of necessity. It’s when one of the pair queues up a solo that the music really sings. As with Led Zeppelin’s first album, this is more than a sign of things to come; it’s an arrival at a special destination where new sights and sounds flood the senses. Enjoy!