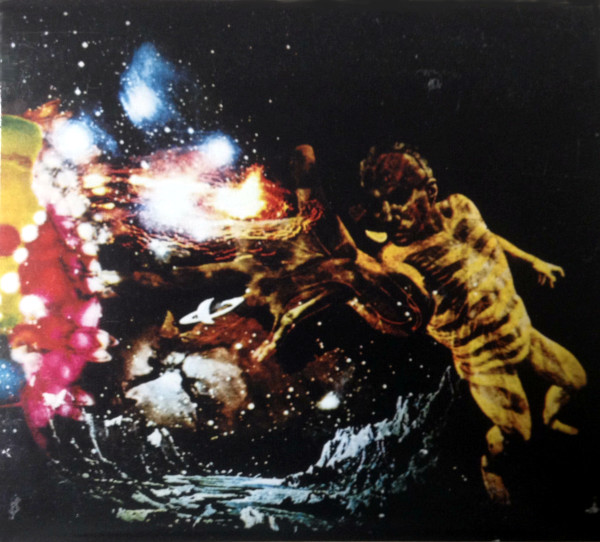 Although it didn’t feature a smash hit, Santana’s third shows a lot of range and brings a 17-year-old Neal Schon into the fold.

The week before Santana’s third album was released, you could still find their first two albums in the Billboard Top 200 albums—a testament to the staying power of their music. Santana III, as the album has come to be called, is both a continuation of those albums and a departure from them. It continues to mix Latin workouts with obscure covers and interesting originals. But it’s also an album that takes risks, none bigger than the addition of a 17-year-old Neal Schon as the band’s second guitarist. I know, Carlos Santana was only 23 himself, but the one dropped acid at Woodstock while the other wasn’t old enough to buy a beer.

Santana III, as it turned out, wasn’t destined to eclipse the band’s first two albums. It does contain a handful of classic Santana tracks that have become a treasured part of the band’s history, including a pair of Top 40 hits, and shows off superb musicianship and an astounding range, but you’d sort of come to expect that by now. Factor in the subsequent release of Santana’s jazz fusion masterpiece, Caravanserai, and what you have here is probably the band’s least impressive classic album—which speaks more to the band’s early brilliance than any deficiency in the music of Santana III.

The album follows the previous formula by kicking off with a Latin rock instrumental, Batuka, that segues into the band’s new hit single, No One To Depend On. Having two guitarists plus Gregg Rolie on organ gives the band more options for solos, although the guitars win out more often than not. A lot of rock bands ended up rethinking the whole organ-in-a-rock-band thing. I’ve always enjoyed the next track, Taboo, which features Gregg Rolie doing a surprisingly good John Wetton/Greg Lake impression, although as a prog weenie you’d sort of expect me to say that. Toussaint l’Overture is another Latin rock workout that has stuck around in their live set for years, probably because it’s a great piece for improvised soloing.

Side two starts off with the album’s biggest hit, Everybody’s Everything, a reworking of The Emperors’ “Karate” with new lyrics and an explosive R&B/soul sound that features the Tower of Power horns. You get the impression between this and the cover of Gene Ammons’ Jungle Strut that someone in Santana had a very cool (and very eclectic) record collection. One of the standout tracks on Santana III, Guajira, is more of a collaboration between Santana, Rico Reyes and Mario Ochoa, and makes you wish they’d record an entire album of authentic Latin music. Carlos Santana does a remarkably good Eric Clapton impersonation on Everything Is Coming Our Way (although Clapton actually has the better voice), and the band closes everything out with another Tito Puente cover, the energized Para Los Rumberos.

Yes, Santana was probably doing too many drugs at this point, touring too much, moving in different musical directions. And, yes, you can hear things slightly coming apart at the seams on Santana III. But a lot of great music has emerged from less-than-ideal environments, and there’s a lot of great music on this record. It is more of a lateral move than a step forward. Caravanserai, now that was a leap, although the fall shattered the band, a topic for another day…

2CD Legacy Edition version bonus tracks
A10. Gumbo
A11. Folsom Street-One
A12. Banbeye
A13. No One To Depend On (single version)