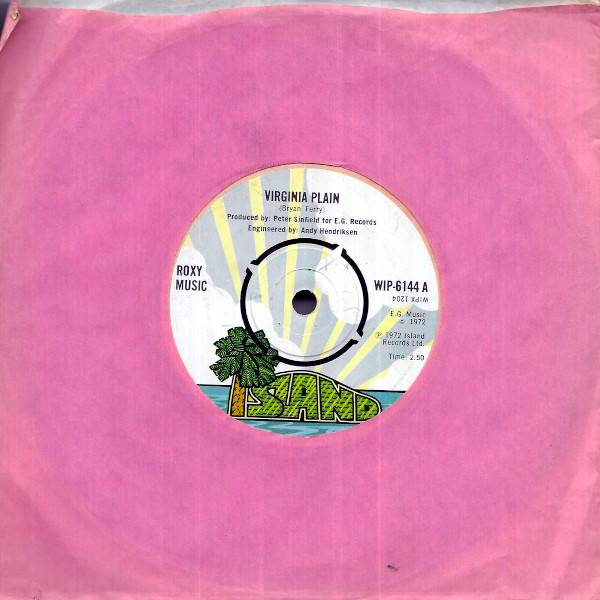 There was nothing plain vanilla about Roxy Music’s first, glamorous single.

There are a few bands whose first singles perfectly encapsulate everything that was right and unique about them: “Break on Through” (The Doors), “Just What I Needed” (The Cars), “Rock Lobster” (The B-52s) and, of course, Virginia Plain. Originally released as a non-album single after their debut album (and subsequently appended to the U.S. edition), “Virginia Plain” sums up everything that was special and wonderful about Roxy Music, from Bryan Ferry’s vocals and Brian Eno’s bizarre synthesizers to the otherworldy oboe and guitar. It’s like a three-minute musical manifesto of everything that the first incarnation of Roxy Music embodied.

The B side, the tantalizingly titled The Numberer, is an instrumental from Andy Mackay that mixes traditional rock & roll saxophone with Eno’s electronic absurdities. It’s something of a throwaway as Roxy Music songs go, but interesting for its fearlessness and tastelessness. In the mid-Seventies, “Virginia Plain” charted again when it was paired with the delightful “Pyjamarama.”