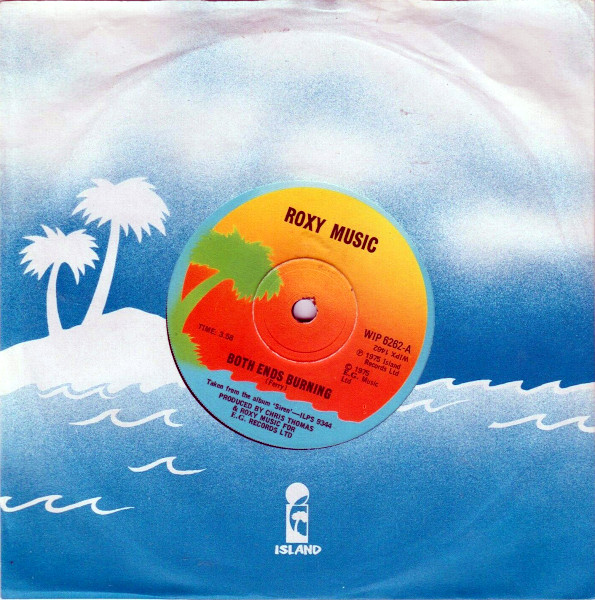 In Europe and most of the civilized world, Roxy Music’s fifth album occasioned a second single, an edited version of Both Ends Burning. (In the US and Canada, the elpee version of the song was already pressed into service as the B side to “Love Is The Drug”). It’s one of the strongest tracks on Siren, with a driving beat that perfectly complements Bryan Ferry’s discotheque diaries. In fact, it might be the quintessential Roxy song, resting as it does on the fulcrum between their experimental days and new romantic nights.

The flip side is another nonalbum treat, a live version of For Your Pleasure that points forward to Viva! (Interestingly, only one song from the Wembley Pool performance made it onto Viva!, “Both Ends Burning.”) Listening to the live performance, I was struck by how much this sounded like Eno’s “The Fat Lady of Limbourg.” Maybe it’s the presence of The Sirens (Doreen Chanter and Jacqui Sullivan) that made the connection for me, who appear on the track in the echoing mist.

The B side was recorded live at Wembley Empire Pool, October 1975.