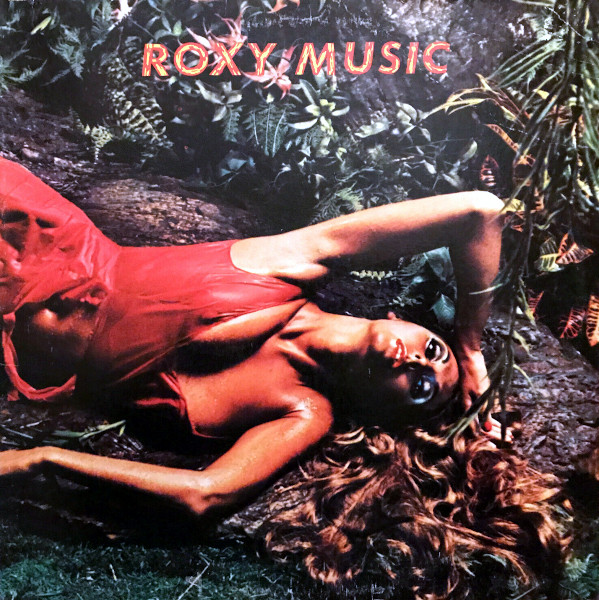 The third album solidifies around Bryan Ferry’s romantic persona, mixing torch songs with compressed helium in a can.

Kronomyth 3.0: You may be stranded if you stick around.

Stranded is such a good record that the departure of Eno is merely worth a mention. Roxy Music’s third album centers on the magnetic personality of Bryan Ferry, as inevitable as it was, and features half an album of torch songs mixed with the band’s helium arrangements. I suppose you could make the case that For Your Pleasure and The First Roxy Music Album were more exciting and unpredictable. You could make an equally valid case for Stranded as the more refined record, as the band focused its energies on songcraft rather than sonic experiments.

Surprisingly, it was Bryan Ferry’s solo career, and not Brian Eno’s, that cast a shadow over Roxy’s third record. These Foolish Things had been released weeks earlier and reached the UK top 10. Eno’s experimental instrumental record with Robert Fripp, No Pussyfooting, was greeted with complete commercial indifference. Anyone inclined to level the charge that Roxy had become Ferry’s mouthpiece had only to listen to These Foolish Things to hear the difference between Ferry the crooner (Foolish) and Roxy the art-rock innovator (Stranded).

As with their first two records, Stranded leads off with its best track, Street Life. The album’s namesake, “Street Life” is three-and-a-half minutes of controlled chaos with Ferry in the eye of the hurricane. The next track, Just Like You, is the romantic side of Roxy, all breathy sighs and a lump-in-the-throat guitar solo from Phil Manzanera. Amazona fuses two songs together into one great track (I suspect Ferry wrote the chorus) and showcases Manzanera’s unique ability to fashion rhythm guitar textures and grooves into a lead instrument. Manzanera was never the quintessential flashy guitarist, and yet without his flash these songs fall apart. Side one ends with Psalm, on the surface a hymn, but scratch that surface a little and it’s another death song along the lines of “Strictly Confidential” that slowly and powerfully builds momentum over eight minutes.

Side two starts with Serenade, a serviceable Roxy song that would have felt right at home on Siren. Ferry and Andy Mackay then take us deep into the burned-out beau monde that has always been at the core of Roxy’s romantic vision with A Song for Europe. Ferry’s French at the end cements the image of him as a continental romantic idol. The wonderful Mother of Pearl follows; two very different songs that are (again) fused together. The first half is a noisy descent into madness; the second half is the sublime experience of true clarity. Following the pattern of alternating a rock song with a romantic ballad, the album ends with Sunset.

Like I said, the loss of Eno is incidental. 18-year-old whiz kid Eddie Jobson provides enough exotic noises (violin, keyboards) to fulfill the group’s art-rock obligations, and Ferry’s crooning is closer to pandemonium than pandering. At least half of Stranded is classic Roxy Music, and the other half is rarely less than interesting. The first four (maybe five) Roxy Music albums are ravishing beauties of rock & roll, in my opinion. Choose one over the other? Jamais, jamais, jamais, jamais!