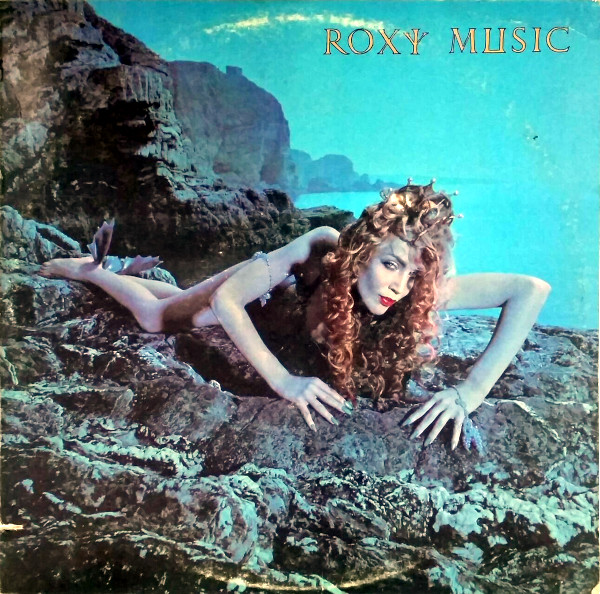 A culmination of their commercial tendencies, and a lesson on the importance of leaving on a high note.

Kronomyth 5.0: Our little isle is green and breezy.

Rolling Stone called it the band’s “masterpiece.” Vibe named it among the 100 Essential Albums of the Twentieth Century. All of which begs the question: Do these guys even own a copy of Country Life?

Siren, like all Roxy Music albums, is brilliant, but it never got under my skin the way the first four albums did. Maybe it’s the banality of Love Is The Drug or the rushed arrangements, perhaps the knowledge of what would come makes me twinge at the traces of disco. Mind you, I like almost every song on here, and that’s by design. The hooks are punched up, the pathos played up. I’m sure most new romantics would have given their milk teeth to write these songs.

But it’s when Siren sounds most like Country Life and Stranded that I’m happiest. Whirlwind is kin to “Prairie Rose,” End of the Line to “If It Takes All Night,” Nightingale to “Street Life,” Sentimental Fool to “Mother of Pearl.” This isn’t, after all, a reinvention of Roxy Music. There is the sense, though, that Bryan Ferry had become less diligent about changing costumes between solo and group albums. The works that followed, Let’s Stick Together and In Your Mind, are only a step removed from Siren, not miles apart.

A higher percentage of group compositions lends credence to the idea that Ferry may have loosened his tight reins on the band in the wake of maintaining two careers and the lavish lifestyle of an international playboy. Andrew Mackay and Phil Manzanera both grab a couple of cowriting credits this time, and even Eddie Jobson gets into the act on the strangely stilted but still catchy She Sells. On his lonesome, Ferry feeds the faithful with torch songs rendered as only he can: Both Ends Burning, Could It Happen To Me? and the beautiful, parting Just Another High.

Worth noting here are excellent performances from Paul Thompson (a generally underrated drummer) and Phil Manzanera, whose guitar solo on “Could It Happen To Me?” is one for the ages. As we all know, the Roxy story abruptly ended soon after, only to resume at the end of the decade with what I can only presume Rolling Stone and Vibe regarded as the greatest album of all time, Manifesto. Honestly, I’m not even sure Siren would make the list for my top five Roxy Music album, but that speaks more to the remarkable quality of their work and my low regard for lists as the lazy man’s outline.

Original 8-track version
A1. Love Is The Drug
A2. Just Another High
B1. Whirlwind
B2. She Sells
B3. Could It Happen To Me?
C1. Both Ends Burning
C2. End of the Line
D1. Sentimental Fool
D2. Nightingale