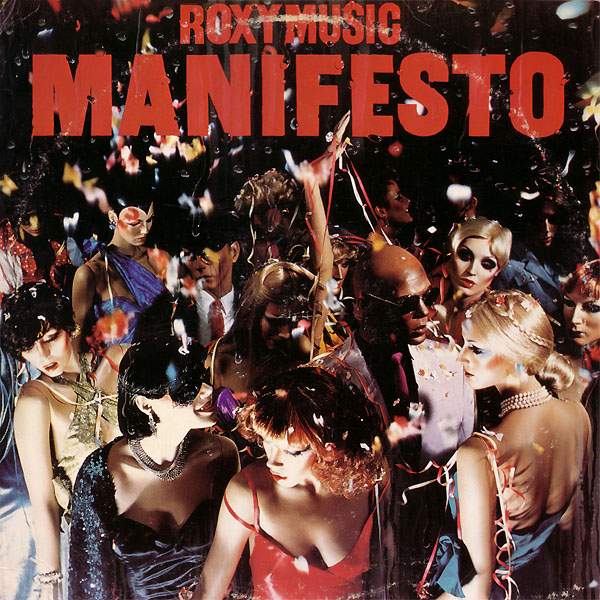 Roxy Music returns, sort of, for what more or less amounts to a solo Ferry/Roxy hybrid.

First, to the munificent prog gods who gave us a Roxy Redux: danke schon, babies. Now, for the inevitable grumbling. This isn’t exactly the way I remembered it. I mean, yes, it was all headed down a very-very-oh-so-slightly disco path with Siren, and alles vas unter grupenfuhrer Ferry since the Ides of No When, but Dance Away?

The new Roxy Music sounded something like the old Roxy Music split in half: strange on the East Side, seductive on the West Side. (The album is broken into an East and West side, which suggests the band was broken into two camps, and maybe they were.) The opening Manifesto starts out as a weird instrumental and then gets an intentionally flat and sour reading from Bryan Ferry. As it turns out, the title track is more of a red herring than a red revolution. The egalitarian opener, in fact, shows that musical communism doesn’t work.

Under a charismatic leader from the West like Ferry, well, Manifesto is a different story. Tracks like Spin Me Round, Ain’t That So and “Dance Away” are a sigh of the things to come on Avalon; romantic confections wrapped in gossamer dreams. More problematic are the Eastern blocks, which haunt the record like bogus meniatures. Of these, Trash is by far the tastiest, the kin of such kinetic keepers as “Pyjamarama” and “Street Life.”

The dark musings were missing on their next album, Flesh + Blood, so Manifesto shouldn’t be seen as a complete sell-out. Rather, it’s a partially successful attempt to finally fuse the two sides of Bryan Ferry (art rocker/romantic) on a single spin. What you end up with is basically In Your Mind in the mode of Roxy Music, but it still managed to be one of the year’s better albums.