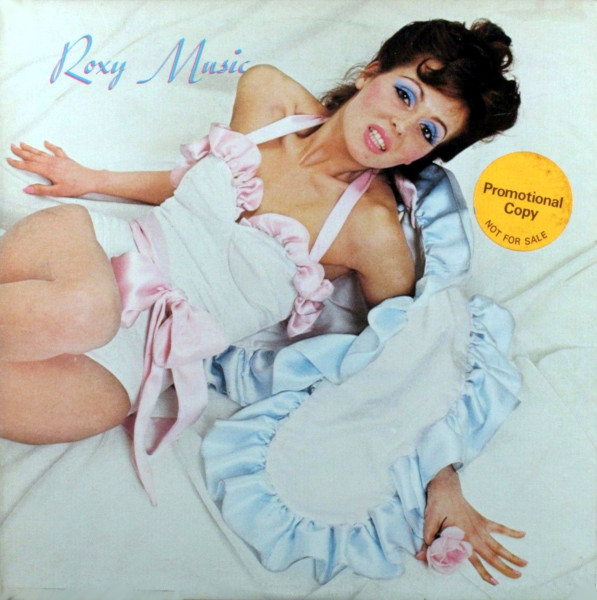 Roxy’s fashionable first defined the art-rock movement and featured a sense of high camp that belied the serious musical artistry underneath.

Roxy Music started out by subverting rock & roll’s classic stereotypes: the romantic vocals, the guitar/sax solos, the predictable arrangements. Their debut is contrived to be confrontational, which is perhaps why this music was tagged as art rock. Pop art is probably the better term, since Roxy Music clearly delights in twisting mundane musical devices into works with much wider implications.

At the center of this musical storm is Bryan Ferry, his voice oddly affecting in its mix of parody and pathos, the lone straight man in a mob of musical comedians. Whether he’s affecting the pose of the slick Casanova on “Ladytron” or the desperate lover with nothing left to lose on “If There Is Something,” Ferry remains the focal point. Saxophones squeak from the corners, synthesizers swirl under the surface, guitars spike out from the speakers, and through it all Ferry stands firm, aware that the cacophony is right on cue.

Personally, this is one of my favorite Roxy Music albums; they weren’t holding anything back here, from the kitchen sink approach of “The Bob (Medley)” to the grotesque solos of “Re-make/Re-model.” Yet their debut is a prickly pear compared to some of their later albums; even the most romantic moments have a certain gothic chill to them, like Phil Manzanera’s bone-rattling guitar on “Chance Meeting” or the pale atmosphere generated by Eno on “2 H.B.” Imagine a crooner lost in the chaos of Limbo, where spatial relationships are distorted and emotions unreasonably intensified, and you’ll have a pretty good picture of the first Roxy Music album.

[Note that the US versions and later reissues appended the single “Virginia Plain” to this record, the sort of succinct and sped-up raver that found wider commercial success with rock fans.]

All songs by Bryan Ferry. Arranged by Roxy Music.
* Track not included on UK elpees.