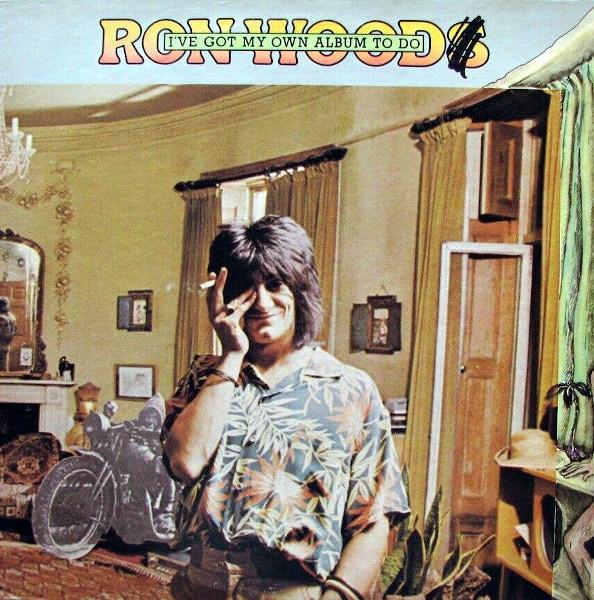 A dry run for the Rolling Stones, with cameos from a few Faces and one Beatle for good measure.

If you’re looking to round out your Rolling Stones collection, you could do a lot worse than I’ve Got My Own Album To Do. Although Ron Wood wouldn’t join the Stones for another year still, his first album is a kind of early audition featuring Keith Richards, Mick Taylor and Mick Jagger. The album also features not one but two Richard/Jagger compositions: “Act Together” and “Sure The One You Need.”

Wood wastes little time in making a strong impression, bringing in Mick Jagger on the first track (“I Can Feel The Fire”) and George Harrison on the second (“Far East Man”). It’s a hard act to follow, and Wood’s vocals are more in line with Ronnie Lane than Rod Stewart (who contributes backing vocals on a few tracks), but a lot of help from a lot of friends helps to smooth out the rough edges. Not everything here is gold: a cover of “If You Got To Make A Fool of Somebody” is half baked, “Shirley” is sexist nonsense. Yet the consensus is that IGMOATD is the best of Wood’s works.

“I Can Feel The Fire,” “Cancel Everything” and “Far East Man” are better than I expected, and the interplay between Wood, Richards and Ian McLagan is a treat to hear. It’s all a bit roguish, which is what you’d expect given Wood’s legend, and more than a little fun. The album apparently slipped under the radar, strange given the success of Rod Stewart and the Stones at the time, and is well worth the discovery if you haven’t already had the pleasure.