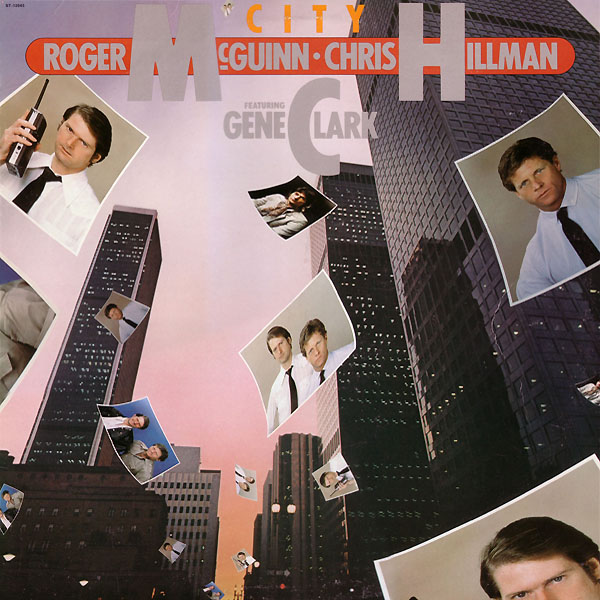 The second album from the Byrds trio, diminished to a duo because of Gene Clark’s instability (sound like any other trios you know?). Clark wrote and sang on only two tracks, then split to sort things out or solve mysteries with Daphne and the gang or something, leaving McGuinn and Hillman on the hook with the Alberts to make another album. While it lacks the standout pop singles of their last album, City does sound more like the work of The Byrds, just not their best work. “Let Me Down Easy,” “One More Chance” and the silly “Skate Date” aren’t bad at all. “Painted Fire” and “Who Taught The Night” are, in fact, pretty bad. The pair probably should have spread these records out a little farther, like CS&N regrouping every three to five years after they’d had a chance to stockpile better songs. While a lot of City is filler, it’s no worse than Graham Nash‘s albums from the 80s. And the new decade found a lot of folk rockers floundering: Neil Young, Bob Dylan, etc. Most bands from the 60s and 70s have the 80s to thank for an album or two in the discount cut-out bin with their name on it. If you’re intent on owning everything by The Byrds and can defend these solo byrdflights the way most of us defend solo albums by the Fab Four, then you’ll find something of interest in City. McGuinn and Hillman have earned that kind of loyalty, and the clustering with Clark, however brief, will be too tantalizing to some, like the magic glyph of CS&N that has been invoked throughout the ages. There’s little magic on here, mostly mediocre and midtempo rock songs that shine in relation to pleasant memories you have of The Byrds, and not the reunion you bin looking for (every sentence, there is an imperfect ending).