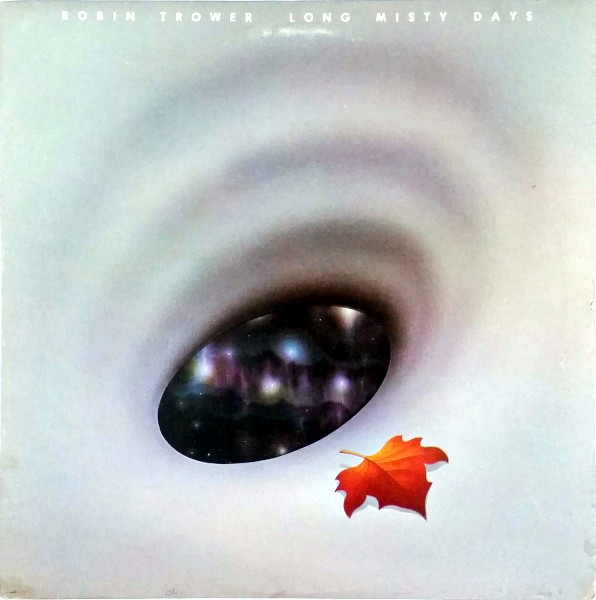 Trower, Dewar and Lordan continue to earn their place at the top of the power trio pyramid.

The Jimi Hendrix homage continues on Long Misty Days, and music like this is long missed indeed. Robin Trower (the band) were one of the most consistently excellent blues-rock trios of any period, period. The first four studio albums are more or less interchangeable in the sense that you can put the needle down just about anywhere and hear great guitar-playing, terrific vocals and six minutes of heavy blues/funk/rock squeezed into four-minute songs.

The album kicks off with another winner, “Same Rain Falls.” Few things in this world start out so well as a Robin Trower record. The title track follows, a lovely and languorous song drenched in fuzzed-out guitar with James Dewar’s herculean voice and Bill Lordan’s magic cymbalism just a half-step behind. “Hold Me” could have been the album’s single, an unhurried but unmistakably funky number with heavily masked vocals from Dewar. It’s on tracks like these where you’re reminded that Geoff Emerick played an important role in The Beatles’ psychedelic sound, particularly Abbey Road. The honor of the album’s single actually fell to “Caledonia,” one of the band’s funkiest tracks if a little slicker than most. Lordan steps up on the drumming here.

The second side continues to deliver the funk on “Pride.” One of the amazing things about Robin Trower as a guitarist is his ability to find so many different tones; every song feels like a master class on the electric guitar. “Sailing” is a cover of The Sutherland Brothers song that had been popularized the previous year by Rod Stewart, here given a much grittier performance. “S.M.O.” is a high-energy funk/rock song that oozes animal energy. “I Can’t Live Without You” is one of the band’s more lyrical, thoughtful numbers patterned after Hendrix’s “Little Wing” and co-credited to Frankie Miller, which suggests it may have dated from the original Jude sessions. Man, time stops when Trower plays guitar. The album closes with “Messin the Blues,” which turns out to be more of a showcase for Dewar’s vocals than Trower’s guitar.

The Robin Trower albums are remarkably consistent in vision and execution. As the man himself has said, his career has focused on perfecting a certain sound/vision. If you’ve enjoyed the ride so far (and I have), you’ll hardly fault them for not changing horses. Totally your call if you want to pick up this or For Earth Below after you score the first two RT albums, but I’d say they’re all worth owning.