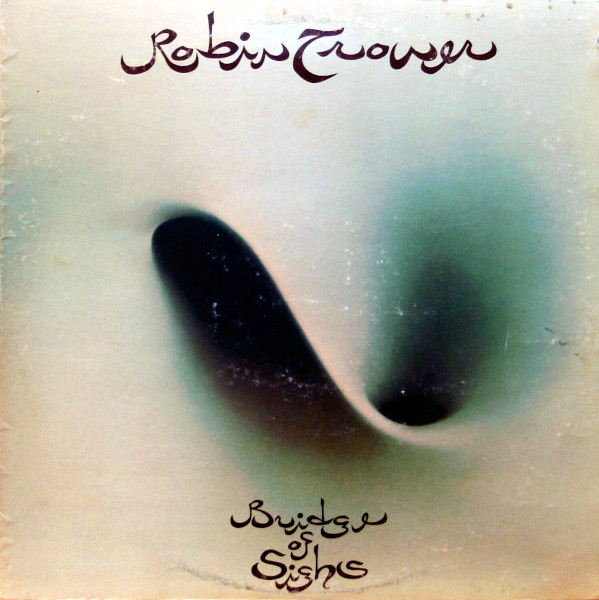 Trower’s classic second album is a feast for fans of psychedelic blues-rock guitar.

Bridge of Sighs is Robin Trower’s breakthrough album. The songs are faster, the guitar tones are fantastic and the whole thing is a stoned groove. I’m not one of those wankers that gets off on guitar tones (admittedly, I’m a worse kind of wanker that gets off on discographical data), but this album is all about the sound of Robin Trower’s guitar. Engineer Geoff Emerick (The Beatles, Paul McCartney) deserves more than a little credit there for giving Bridge of Sighs the same saturated sound as Abbey Road and Band on the Run, two of my favorite albums.

Twice Removed From Yesterday favored the smoldering, thoughtful side of Jimi Hendrix. Bridge of Sighs has its share of slow, hypnotic grooves (Bridge of Sighs, In This Place, About to Begin), but it’s the heavier numbers that characterize the album. Day of the Eagle leaps out of the speakers, Lady Love too. And then there’s the classic Too Rolling Stoned, on which Trower takes the entire song on to his shoulders and carries it to new heights of electric guitar orgasmic bliss. That song should be required listening for anyone planning to plug a guitar into an effects pedal.

Bridge of Sighs is the last album to feature the original trio of Trower, James Dewar and Reg Isidore, who were collectively, confusingly referred to as Robin Trower the band. Trower apparently didn’t trouble himself much with names; the album was titled after a racehorse he spotted in the paper called Bridge of Sighs. Where his genius lies is in the tones he coaxes from his guitar. He wasn’t the fastest guitarist and probably not the flashiest (although there’s plenty of flash in his playing). But from the opening moments of “Bridge of Sighs,” you’ve crossed over into a whole other realm where the guitar is a shape-shifting, fire-breathing beast.

James Dewar tends to get overshadowed as a result, but he’s a top-notch blues-rock singer. While he’s no Jack Bruce on the bass, he holds his own among the also-rans and sings rings around Gary Brooker. Reg Isidore, who would be replaced on the next album, rocks steady, again no better or worse than Corky Laing, which is a polite way of saying not Ginger Baker.

The Jimi Hendrix comparisons this time are fewer as Trower and the band come into their own, the Cream comparisons likely a bother for everyone who came after. It does, however, underscore a shift in idols. In the 60s, everyone wanted to be The Beatles. In the 70s, every guitarist wanted to be Eric Clapton or Jimi Hendrix. After Bridge of Sighs, a lot of them probably wanted to be Robin Trower too. The blues-rock power trio would soon fall out of fashion, but Bridge of Sighs remains timeless for anyone who wants to get their electric guitar groove on.

All songs written by Robin Trower unless noted.