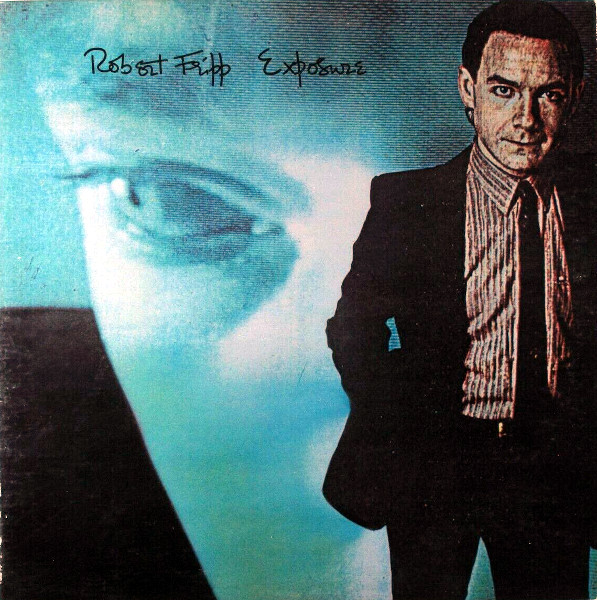 Robert Fripp notes on Exposure that the album was “originally conceived as the third part of an MOR trilogy,” his work on Peter Gabriel II and Darryl Hall’s Sacred Songs being the first two parts. While Exposure is Fripp’s most commercially successful solo album, actually charting in the US and UK, it’s certainly not a case of pandering to commercial tastes. Drawn from some wildly (dare I say, resplendently) divergent recording sessions between 1977 and 1979, this collection ranges from the soothing ambient sounds of Frippertronics to violent rock songs recorded with Van der Graaf Generator’s Peter Hammill.

The intent of Exposure, apparently, is to show off Fripp’s range as an artist. The result is an album of extremes. Individually, many of the songs are terrific: a test run for the King Crimson reboot (“Breathless”) featuring Tony Levin and Jerry Marotta, a tighter version of “Exposure” featuring the vocal extremes of Terre Roche and Brian Eno, Hall’s perversely inverted rock & roll performance on “You Burn Me Up I’m a Cigarette.” Collectively, it’s like having your brain in a washing machine that cycles endlessly between spin and rinse.

Hidden in the margins of Exposure are references to the work of spiritualist John G. Bennett, whose International Academy for Continuous Education Fripp had attended in the mid Seventies. (Bennett’s mentor, Shivapuri Baba, is also quoted on the album.) Other interesting contributors are the poet Joanna Walton, founder of the Women’s Free Arts Alliance and, sadly, a victim of the Lockerbie plane crash some years later, and Van Der Graaf Generator’s Peter Hammill, who was brought in to “replace” Darryl Hall when contractual issues prevented Hall from singing more than two songs on Exposure.

Along with The League of Gentlemen, Exposure is a good place for curious King Crimson fans to start in Fripp’s discography, as it comes closest to re-creating the frenetic arrangements and dark energy of that band. It remains a fine sampler of Fripp’s musical interests during his band’s hibernation, but a cogent argument for MOR acceptance it isn’t.