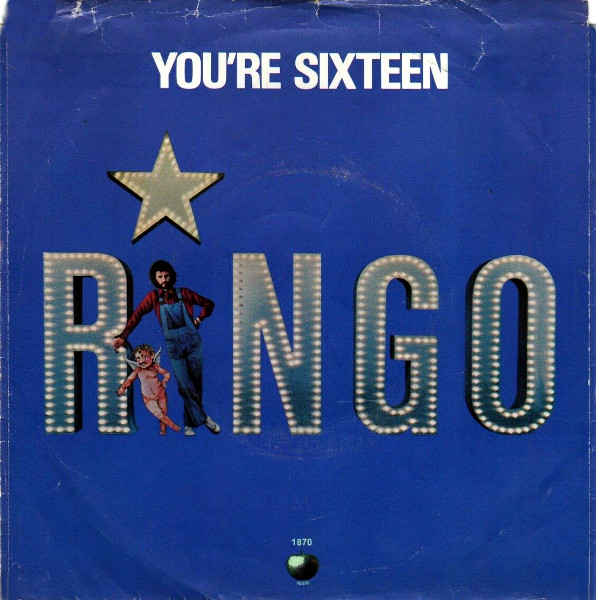 This was a Christmas present come early: Ringo Starr crooning the old Johnny Burnette song with Paul McCartney and Harry Nilsson hamming it up behind him. Originally recorded in 1961, the Burnette version was revived for the film, American Graffiti, which appeared a few months before the release of Ringo. Completing the Star Wars connection, Ringo recorded an early music video of “You’re Sixteen” with Carrie Fisher for his 1978 television special, Ringo. The flip side is another elpee track from Ringo, “Devil Woman,” featuring a really sharp horn arrangement from Tom Scott and some fine drumming from Ringo’s regular stand-in, Jim Keltner.