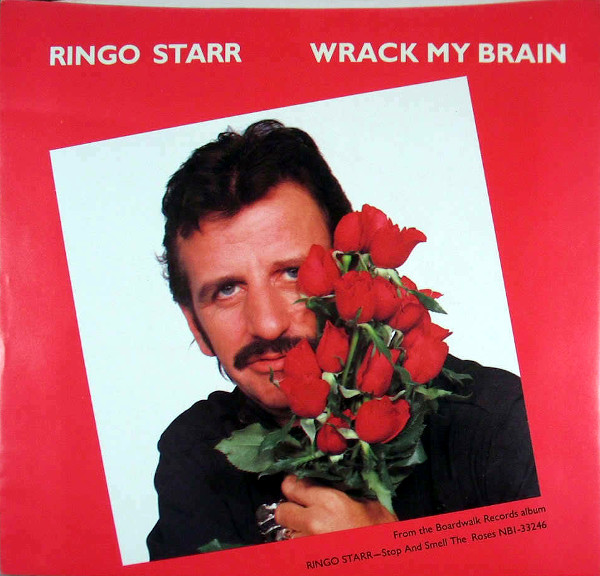 Basically a clone of George Harrison’s “Blood from a Clone,” but Ringo has more fun with it.

Kronomyth 9.1: The man with two brains.

I’ve gotten to a point on Progrography where the things I accidentally type are more interesting than the things I intend to. For example, in pointing out (in the first iteration of this review) that George Harrison addressed the same commercial block on another song, I typed in the words “Bloof from a Clone.” The concept of bloof—what is it?, what does it look like?, is it something produced in the cloning process or something the clone produces?—was far more intriguing than whatever pedantic thing I was going to tell you about Ringo Starr‘s latest single. (It sounds like an outtake from Somewhere In England.)

Was a time when I envisioned writing “new” criticism that matched art with art, or at least thought of building a mythological framework from which the legends (Goodnight Vienna, Ringo) might leap from the page. But lately I’ve taken to carrying the cross of objective criticism, of telling you what an album actually is (and not what it was or wasn’t) in palatable palabras pruned carefully for weeds like “quite” and “hardcore fans.” Yet, If and But and laziness alike have found that garden too commodious. (I think therefore iambic pentameter.) So I’ll resolve to wrack my brain a little harder and write better. To those of you who came here hoping to see something of the single, you did. Fourth sentence. Hope you liked it.