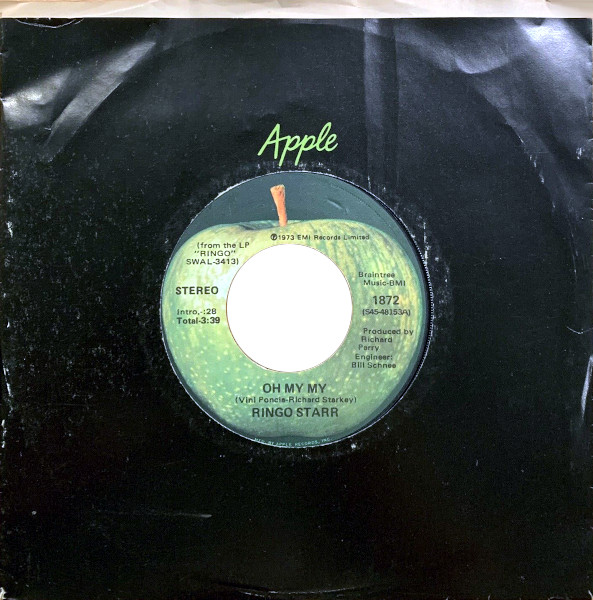 Oh, my, this song still sounds like a party on plastic after more than 40 years.

Kronomyth 3.2: My candle burns at both ends.

The second hit single from Ringo was a rollicking number co-written by songwriter Vini Poncia, who was introduced to Ringo Starr by producer Richard Perry. (Perry had produced The Anders & Poncia Album back in 1969.) At the time, it was Poncia’s highest-charting hit. Two years later, Poncia would top the charts with Leo Sayer’s “You Make Me Feel Like Dancin’.”

In 1975, David Hentschel had a minor UK hit with an instrumental version of “Oh My My” that sounds like the elevator music to Heaven. I’m including a link to it below, because you really shouldn’t pass through this world without hearing it once. Going back to Ringo’s single, the flip side is the elpee track “Step Lightly,” a true ringoriginal that sounds a lot like “Don’t Pass Me By.” Ringo revisited this song for his album, Ringo 2012.