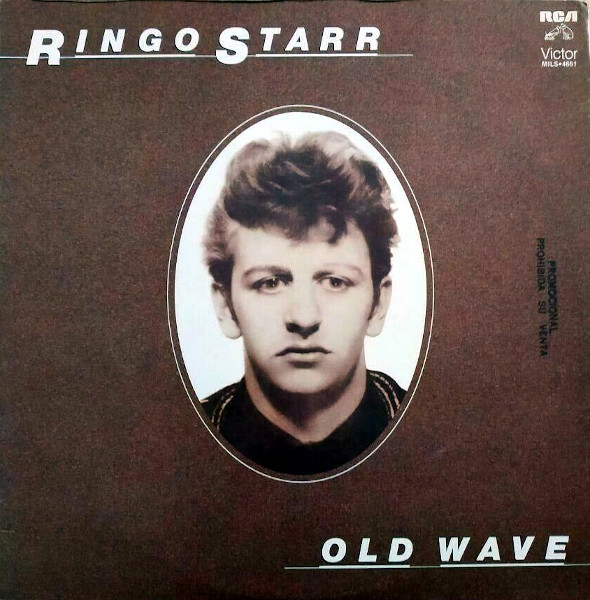 Life’s been good. Now that would have been a great vehicle for Ringo. In my car? Meh.

The title of Ringo Starr’s tenth album reflects his sense of humor, humility and a certain defiance. With John gone and George gone troppo, the stirrings of the Fab Four no longer elicited the same level of excitement. Ringo failed to find a major-label distributor for his new album, Boardwalk collapsed before the record was released, and Ringo had to settle for an uneven international distribution that made Old Wave an import in both the UK and the US.

In retrospect, Ringo’s latest record wasn’t likely to make waves in a world where Elton John was still lucky to be standing. Half an album of original material cowritten with future brother-in-law Joe Walsh, half an album of oldies and professionally penned songs, Old Wave followed an old and proven formula that dates back to the original Ringo. Walsh does a decent job as producer and spices things up with his guitar — a talk box here, some slide guitar there — but there’s no getting around Ringo’s voice. If he were simply a bad singer, you could forgive him, but he sounds completely disinterested in becoming a better singer. Maybe that’s part of his charm, I don’t know. At least he plays the drums on this record, and on that throne he’s a king.

Stop and Smell the Roses wasn’t a particularly good album. For that matter, neither was George Harrison’s Somewhere in England or, honestly, Paul McCartney’s Pipes of Peace. The former Beatles had clearly hit a rut — perhaps a Rutles reunion was in order. Old Wave isn’t better or worse than those records. Ringo’s versions of She’s About a Mover and I Keep Forgettin are as good if not better than Harrison’s Hoagy Carmichael covers. In fact, I think I prefer Ringo’s version of “I Keep Forgettin” to David Bowie’s version on Tonight. And a few of the originals mix likeable melodies with an eminently likeable guy: Be My Baby, Hopeless. I also think Picture Show Life is a nice song for Ringo, although the Russ Ballard ballad, As Far As We Can Go, proves yet again that romantic ballads aren’t exactly in Ringo’s wheelhouse (with the notable exception of “Photograph,” of course).

You can grouse about the lack of respect for Ringo from the record labels, or grouse about Scouse the Mouse if you prefer. The truth is that each of The Beatles needed a break to rediscover the joy of making music. Their solo albums from the mid 80s are more miss than hit, yet there will always be fans who fear of missing out on any morsel of music from the Fab Four, and so there will always be a market for music like this. With a lot of help from his new friend, Joe Walsh, and a solid backing band that includes Mo Foster and Procol Harum’s Gary Brooker, Ringo doesn’t embarrass himself on Old Wave. That said, you may want to save that pricey import money for a nice copy of George Harrison’s Wonderwall Music instead.

CD reissue bonus track
11. As Far As We Can Go (original version)