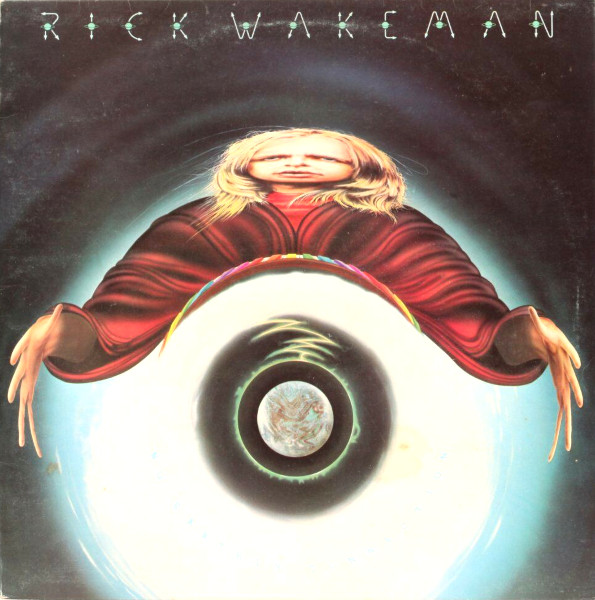 As musicially adventurous as his earlier albums but conceptually tighter, as the English Rock Ensemble crystallizes around Wakeman’s far-out, new age theme.

Kronomyth 4.0: The massy gates of Paradise are thrown wide open, and forth come in fragments wild sweet echoes of unearthly melodies.*

Rick Wakeman jumped the shark on Journey to the Center of the Earth. On No Earthly Connection, he jumps Stonehenge. Even by prog’s permissive standards, this pushes credibility, purporting to be “based on a future, autobiographical look at music, the part it plays in our pre-earth, human and afterlife.” And yet, among Wakeman records, No Earthly Connection is a musically rich endeavor, at times even inviting comparison to Gentle Giant. It requires no small amount of faith, but in exchange you’ll be treated to a fantastic journey of sights, sounds and some surprisingly passable singing from Ashley Holt.

“If there’s such things as dear little astral plains and ghosts that can have a look down on what’s happening, I’d love to look down in a hundred years’ time and hear someone playing a piece of my music.” — Rick Wakeman, in a 1976 interview from New Musical Express.

Again, I’m reminded of the best parts of Journey (i.e., the songs) distilled and strung together into a proper album of music. The English Rock Ensemble had swelled to a solid supporting troupe, now featuring John Dunsterville on guitars, Roger Newell on bass and an actual horn section of sorts in Martyn Shields (trumpet) and Reg Brooks (trombone). Financial pressures would shrink the Ensemble with time, but on No Earthly Connection it might be said that Wakeman had his best support since Yes.

The albums from Rick Wakeman through Criminal Record are ambitious and impressive, few moreso than No Earthly Connection. In fact, this may be The English Rock Ensemble’s finest moment, if you care. The array of keyboards from Wakeman also plays out nicely; no Birotronic mishaps here. Go in with an open mind and open ears, and you’ll make a connection with this album.