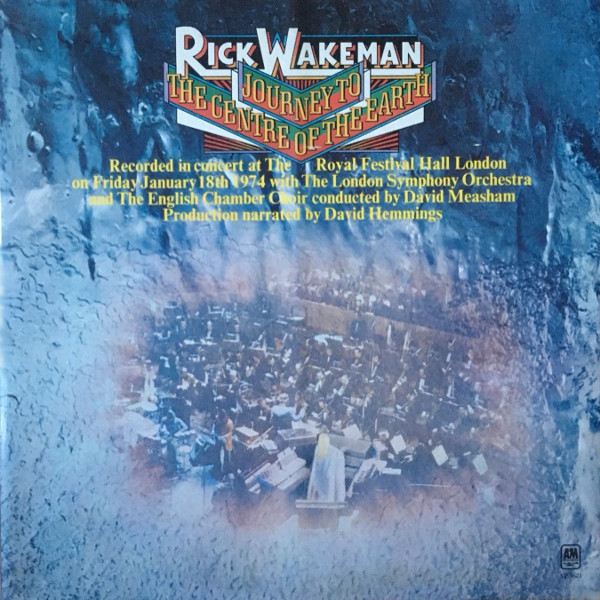 Wow, this makes Tales From Topographic Oceans look like a study in self-restraint.

Kronomyth 2.0: What in Earth was he thinking?

You can pinpoint the exact moment when progressive rock jumps the icthyosaurus on this album. It occurs when Wakeman punctures his high-flying balloon of orchestra, choir and rock with narrator David Hemming’s reading of Verne’s actual text from the book. It’s not the only cringe-worthy moment on the album. For example, in trying to match the literary description of the novel, Garry Pickford-Hopkins is forced to sing “Silurian epoch hosts me as my grave / My final blow I wave / A life too late to save” and the English Chamber Choir is given the unenviable task of making “Crocodile teeth, lizard’s head, bloodshot eye stained ocean red” sound like high art rather than something a trio of witches might mumble over a potion.

Where Six Wives was brilliantly stitched together, Journey shows shoddy workmanship in the arrangements; near the end of the work, Wakeman inexplicably nicks Grieg’s “In The Hall of the Mountain King” to move things along. Is staging a live musical adaptation of Jule Verne’s “Journey to the Centre of the Earth” ambitious? Absolutely. Is it admirable? Sure. It is effective? Not at all. In fact, from a musical perspective, I see this as a monumental failure. A failure that sold millions of copies and topped the charts, so I doubt that Wakeman, his label or many of his fans see it that way.

There are some salvageable moments, such as the rock songs encased in “The Battle” and the music following the creation of the Hansbach. If Wakeman had realized this work as a succession of songs rather than a continuous text, it could have been quite good. History, if it hasn’t lost its spectacles, will likely view this a quixotic venture from an idealistic age or the poster child for prog’s grandiloquence.

A1. The Journey
A2. Recollection
B1. The Battle
B2. The Forest

All songs written by Rick Wakeman.
Orchestral and choir arrangements by Danny Beckerman and Wil Malone.