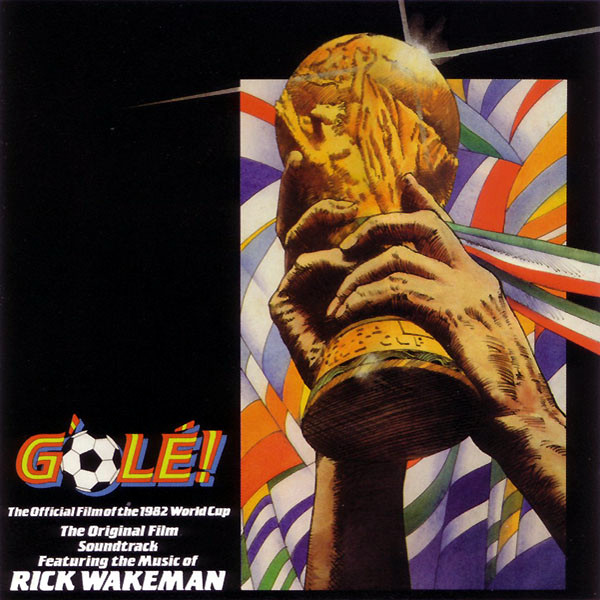 …This time for the film to the 1982 World Cup. With White Rock as its precedent, fans could expect a reasonably good time on G’ole! (NMEP: not my exclamation point). There are the usual multikeyboard concoctions (Korg, Prophet, piano), playful passages, a few dark corridors and, yes, bathetic baubles like “Latin Reel” more suited to a Sunday morning cartoon than prog rock proper.

Honestly, you’d really have to hate the sight of Andrew Jackson’s poofy hairdo to blow $20 on the soundtrack to a film about a live sporting event that had already taken place. This is Rick Wakeman on auto-pilot, with a pair of acoustic guitarists providing occasional support and faithful Tony Fernandez handling the drums. Of course, the man has logged in some serious flight time behind the keys, and could extemporize ably on the list of ingredients from a cereal box (red #5 island, wheat g’ole-uten). In a maligned genre, his soundtracks at least stand under their own power as new works, albeit often improvised and seldom packed for a proper Journey.

On G’olé, Wakeman tosses off a dozen instrumentals usually lasting less than three minutes. Some are engaging (“Spanish Montage,” “Black Pearls”), some not (“No Possible”), none of it life-changing listening. If you own more than one soundtrack from Rick Wakeman (or Tangerine Dream or Pink Floyd), then you’ve drifted into that dangerous camp of fanatics who go looking through the garbage for a holy grail that isn’t there. Like the punchline to a joke, if you like their soundtracks, you should try listening to their albums. Only then does it make sense to backtrack through commissioned pieces for obscure art films or direct-to-video horror flicks or (heaven forfend) the Babylon 5 series.

All tracks written, arranged and composed by Rick Wakeman.