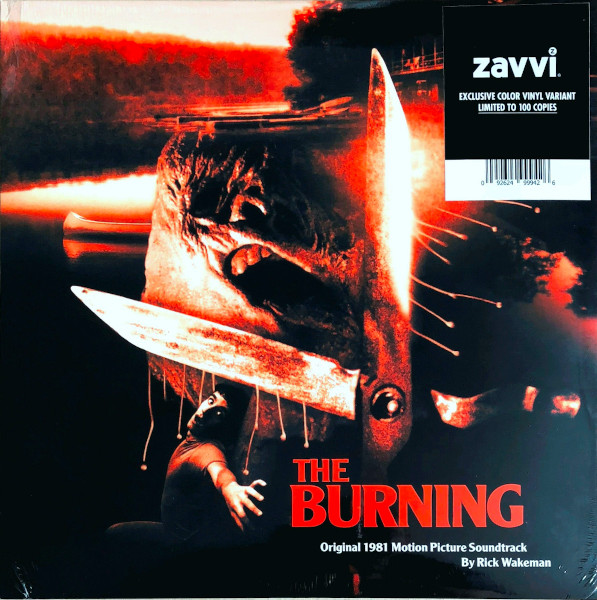 A mix of ivory tinkling and spine tingling that, if not to die for, is still pretty good.

Cue in the crackling campfire. Thank you. And now for the tale of Rick Wakeman, who ran screaming from Yes like a man on fire. Burned out after rough passage on topographic oceans, Wakeman played the roving wraith, inhabiting English graveyards (Six Wives), subterranean worlds (Journey), old castles (Myths) and prisons (Criminal Record). He ate what was offered: soundtracks, commissions for live events, etc. Thus the works of Wakeman are a mixed bag, with the soundtracks settling on the bottom.

I never had a burning desire to hear this soundtrack, since I’ve been burned before by other prog keyboardists (Emerson, Banks, Franke). But Wakeman, like Vangelis, seems to approach these things as he would an album of new music, making them more than mere asterisks in the starry sky of opi. In fact, the first half of the album (called The Wakeman Variations) features new tracks based on the original score, enjoyable as much as the music of White Rock. The second side is straight from the film, spooky synthesizer stuff that borrows (and builds on) John Carpenter’s score to the first Halloween.

Tracks like “The Burning” and “Shear Terror” belong with the best horror movie music from the period. So what The Burning offers is half an album of the usual Wakemanic tonic (“Theme from the Burning,” “The Chase Continues”) and half an album of smart, creepy film score. In the middle and out of place are two film tracks with a Southern spin: “Doin’ It” and “Devil’s Creek Breakdown.” Ignore them. But the rest of The Burning is better than I imagined, important for fans and collectors because it showcases Wakeman’s facility for horror music and a new instrument that delivers some great sounds, Sequential Circuits’ Prophet 10 (two Prophet 5’s put together, if you couldn’t do the math).

Side A: The Wakeman Variations
A1. Theme From The Burning
A2. The Chase Continues (Po’s Plane)
A3. Variations On The Fire
A4. Shear Terror And More
Side B: The Music From The Film
B1. The Burning (End Title Theme)
B2. Campfire Story
B3. The Fire
B4. Doin’ It
B5. Devil’s Creek Breakdown
B6. The Chase