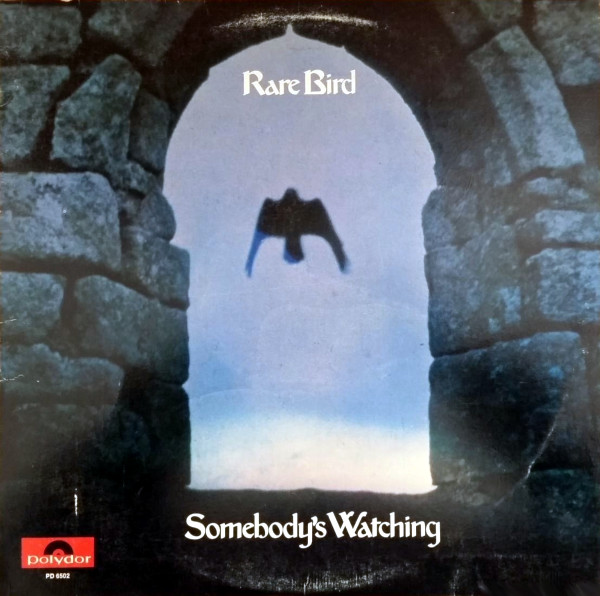 The group was becoming progressively less proggy, despite the addition of VDGG’s Nic Potter on bass.

Somebody’s Watching asks the musical question: If Rare Bird dropped another album in the same vein as Epic Forest, would anyone hear it? By this stage, Rare Bird had completely morphed into a kind of cross between Steely Dan (the title track is a near ringer for “Do It Again”), Barclay James Harvest and whatever is funkier than those two bands and features a lot of clavinet playing (I have a limited lexicon of funk references, in case you hadn’t noticed). Now, if the idea of a Steely Harvest didn’t send you screaming in the other direction, good for you.

As much as I enjoyed their second album, I didn’t plan to carry a torch for it through eternity. The band shifted in a more mainstream direction under the leadership of Gould and Kaffinetti, but they didn’t stop making good music. Songs like “More And More” and “Turn Your Head,” for example, are well worth hearing.

The addition of VDGG’s Nic Potter on bass doesn’t alter what has always been a bit of a boring bottom end on Rare Bird recordings. And the band’s tepid version of “Hard Time” is a missed opportunity. But I honestly enjoy this album more than their last, even if neither are likely to become staples in my musical diet.

For the obstinate proggers who refused to let go of the past, the band includes an epic version of Ennio Morricone’s “A Few Dollars More” at the end. (Signs that you’re probably not a proper prog band: John Wetton guests on your album and you misspell his name.) The later CD release adds the nonalbum single “Virginia” b/w “Lonely Street” as a bonus.