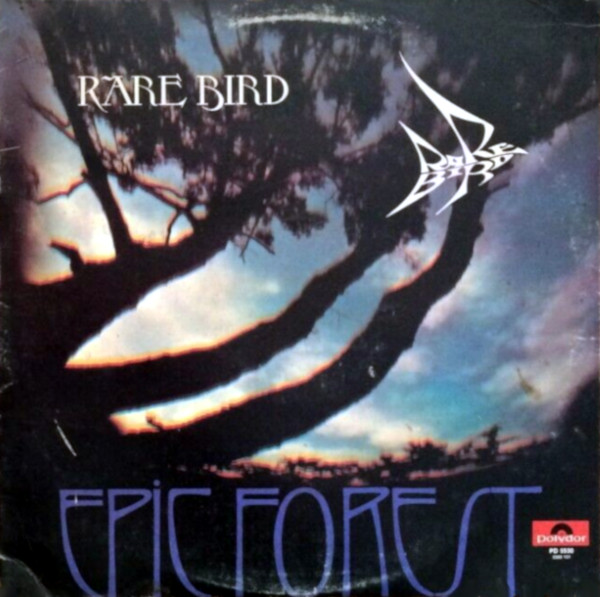 Graham Field having left for proggier pastures, the remaining birds battle for the remains on Epic Forest.

Rare Bird left the fields for the forest and forsook the intricate designs of their last album for a more direct route. Despite the tantalizing name, Epic Forest features shorter songs driven by conventional rock rhythms that suggest Wishone Ash or early Kansas on the heavier cuts and Crosby & Nash on the acoustic cuts. (An observation that many other reviewers have made, btw, proving that I really add nothing to the conversation.) That’s not to dismiss the new Rare Bird out of hand; the acoustic numbers (“Darkest Hour,” “Hey Man,” “Fears of the Night”) are as interesting and evocative as anything that BJH was playing at the time. Yet Graham Field seems to have taken the band’s primary progressive weapon—the towering spires of celestial organ—with him to his new endeavor (named, wait for it, Fields), and no one steps in to fill his shoes.

The band still has some progressive fire in their belly (“Turn It All Around,” “Epic Forest”), though you can’t help but wonder whether they can (or care to) sustain it over time. The organ and guitar solos feel rushed, for example, as if the band were checking off a box and moving on to the next thing. Even the arrangements feel hurried, or at least compressed, some of which can be blamed on poor production I suppose. I suspect the reason that the acoustic numbers are more agreeable is that they’re allowed to breathe. The breathless performances of “Baby Listen” or “Birdman” are tantamount to musical hit and run.

As consolation, the record included a free three-track single with “Roadside Welcome,” “Four Grey Walls” and “You’re Lost,” lingering longer than it might. If you were excited at the progress made on their last record, you’ll need to temper that excitement with the reality that half of Rare Bird had flown the coop in search of greener pastures. In its place is a mix of hello and goodbye, a sudden shift in strategy from organ-driven epics to shorter, tighter (but still imaginative) rock songs. Not a bad record by any means, but a different journey than their last and one less likely to engage proggers who had packed in preparation for a purportedly epic adventure.