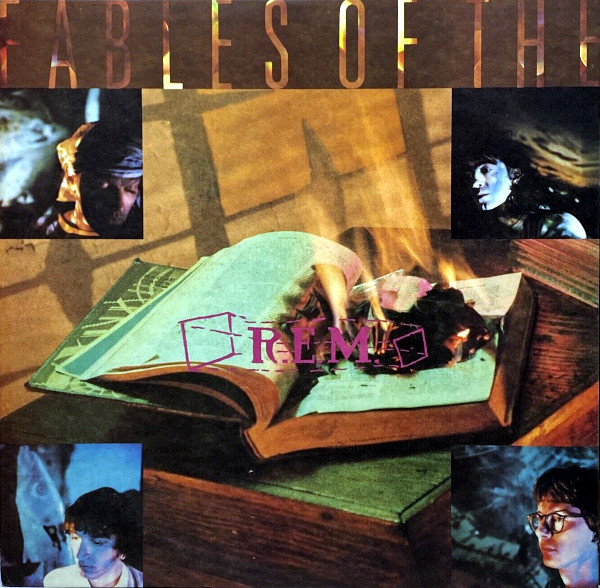 An inspired if difficult album that only could have come from the American South and only from R.E.M.

I expected the band’s sound to further crystallize on this, their third full-length album. It doesn’t. Instead, Fables of the Reconstruction is a fiercely independent album that sounds like R.E.M., which is to say like nothing else. It doesn’t contain any hit singles and doesn’t even bother to try. Michael Stipe lyrics bubble up like bits of an interesting conversation overhead from a distance. It all sounds fascinating—”a Man Ray kind of sky” (from Feeling Gravitys Pull), “Mr. Citywide, hypnotize” (from Can’t Get There from Here)—but what it means remains a tantalizing mystery.

In his original review for Rolling Stone, Parke Puterbaugh echoed a similar reaction, more eloquently. After several listens, I was struck by how Fables of the Reconstruction reminded me of the writing of William Faulkner in its intimation of deeper and darker truths, and was surprised to find a paper on the Internet discussing Faulkner’s influence of the lyrics of R.E.M. (although Flannery O’Connor may be the better reference point). Clearly, I’m not the first person to feel this way. And, like many listeners, I truly enjoy this record without being able to point to any specific song and tell you why.

In the absence of hit single, “Can’t Get There from Here” and Driver 8 have become the popular ambassadors. Favorite album tracks including the surprisingly sweet Wendell Gee, Maps and Legends, and “Feeling Gravitys Pull” (a daring choice for the album’s opening track). Stipe’s lyrics are poetic, the music alternately edgy and lovely, while the bass guitar and backing vocals from Michael Mills gently tugs the music from the shadows into the light. It’s hard to say why this record is as affecting as it is, but you’ll return to it often to worry its familiar, knobby edges smooth, resolving nothing but revering everything.

Cover and sleeve by M.K. Johnston.