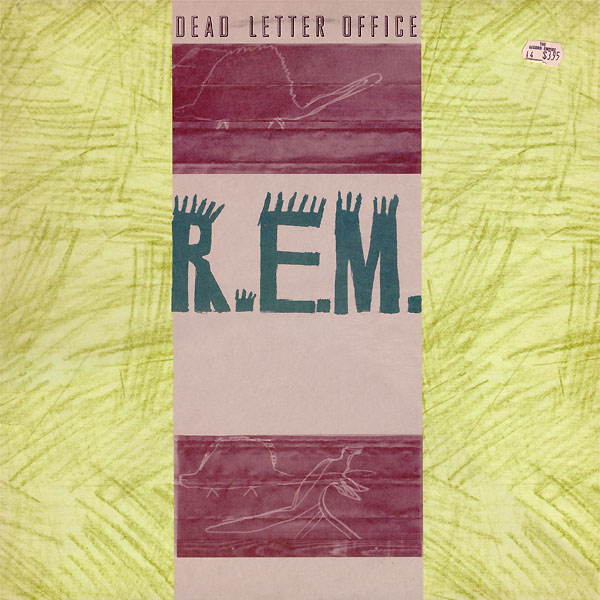 A collection of B sides and unreleased tracks, including three (!) covers of Velvet Underground songs.

Kronomyth 5.0: The notes you never wrote.

B-sides and pisstakes. Your life couldn’t possibly be so R.E.M.T. that you would patiently wait for these dusty missives to finally arrive. Only kidding, of course it is! So get your letter openers ready, you’ve got mail…

Crazy. 30 seconds into this song, I’m thinking I should have spent my money on a Pylon album rather than buying Peter Buck another ivory backscratcher to beat stewardesses with.

There She Goes Again. They play this one light and breezy, so it doesn’t make me want to hurt myself like most of V.U.’s music.

Burning Down. Thankfully disinterred after being prematurely buried on the B side to a rare double 7-inch release.

White Tornado. A retro garage rock instrumental. If you like this, check out Full Time Men. Because I said so.

Toys in the Attic. Wow, they actually manage to out-wimp Aerosmith. Kudos.

Windout. The band hammers out a riff for two minutes and almost sounds like a punk band. From the movie Bachelor Party, which starred Tom Hanks, a goat and Adrian Zmed.

Ages of You. Didn’t they already play this song? Oh wait, it must have been one of those other jangly guitar songs.

Pale Blue Eyes. The man is right, this is real pretty.

Bandwagon. Light and likeable entry, similar to “We Walk.” Apparently, no animals were harmed in the making of this. Unlike, again, Bachelor Party.

Femme Fatale. Nico nailed it 20 years ago, so why re-open it?

Walters Theme/King of the Road. Great instrumental, but King must die. Michael Stipe gets the lyrics wrong every time. Man, is that annoying.

And there you have it. The CD includes the contents of Chronic Town and delivers the most Buck for your bang.