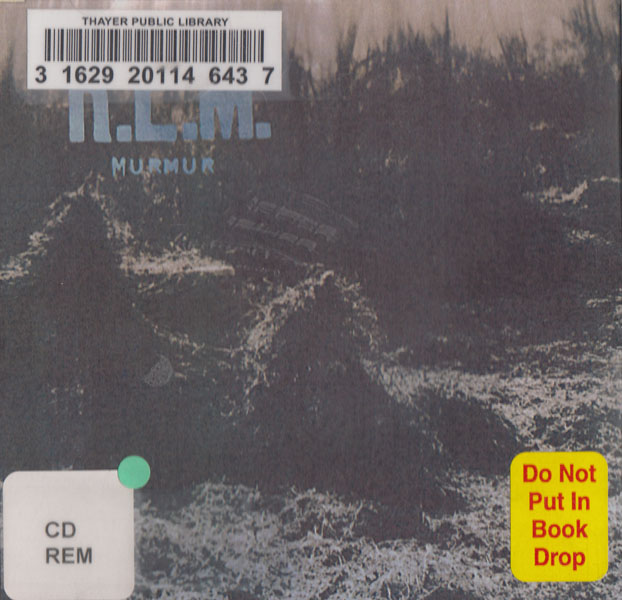 The band’s debut provided a high-water mark in the alternative rock movement and remains the best thing they’ve ever done.

Kronomyth 1.0: Sweetheart of the radio.

The first time you heard “Radio Free Europe,” you became part of something young and hip and fresh called alternative rock. You didn’t know what to call it, of course, because “alternative rock” hadn’t been invented yet. But you knew it was something illicit, loosed like pirate radio over the airwaves to wreak havoc and change the established order of things. On Murmur, the band’s first long-play record, R.E.M. took the hybrid music of The Byrds (most noticeable in Peter Buck’s arpeggiated Rickenbacker) and added punk and angst to create a completely new hybrid. At the center of it all was Michael Stipe, spokesmen for the unheard and misunderstood, whose incoherence articulated the frustration and isolation of a generation. Behind them, Mike Mills provided the punch and elasticity with his outstanding bass playing and backing vocals while Bill Berry could kick up a storm (“West of the Fields”) or lay it down like gentle rain on a ballad (“Perfect Circle”).

Murmur for many (myself included) remains the band’s best album, perhaps because it was the beneficiary of much practice. Many of the songs recorded for Murmur had already been a part of the band’s setlist for a year or two. Songs like “Moral Kiosk,” “Sitting Still” and “Laughing” feel lived in, while “Radio Free Europe” was already in its second incarnation at this stage. The Deluxe Edition of Murmur (and gripe all you want about the price, it’s still worth it) includes a July 1983 show that features most of Murmur and pretty much nails it track by track. One of the few “new” tracks on Murmur, “Talk About The Passion,” feels almost brittle compared to the rest of the album (although it’s still a great song) and you can’t help but wonder if a year of maturation wouldn’t have loosened some of its rigidity.

The punk influence (check out the Gang of Four-styled “9-9”) and humor (“We Walk,” “Shaking Through”) would fade with time, replaced by a more studied songcraft as R.E.M. shifted from countercurrent to mainstream rock artists. Murmur is both too inexperienced to be self-conscious and too young not to be. It cannot be reproduced, this murmur against the steel and glass of the status quo, it can only be replayed.