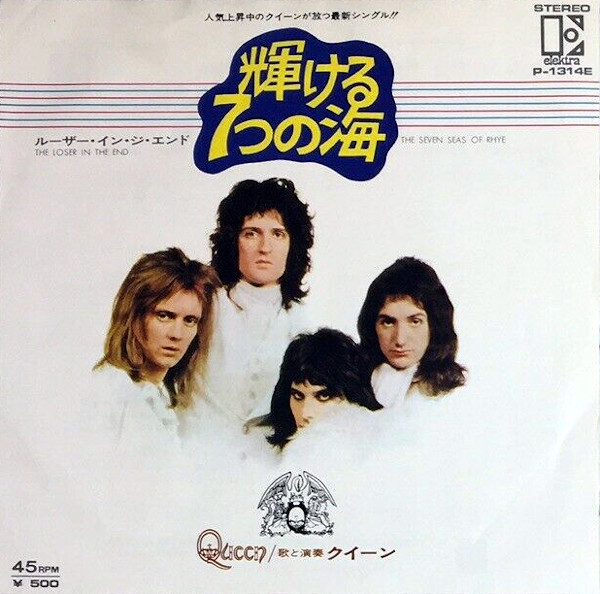 A three-minute epic presented with the all the subtlety of a pair of boobs in a Boris Vallejo painting.

Kronomyth 2.01: On which I challenge the mighty titan and his troubadours.

I guess every fantasy-fueled rock band has their By-Tor & the Snow Dog moment: an overblown number that sounds like a Boris Vallejo painting come to life. For Queen, it’s “Seven Seas of Rhye.” And, yes, I realize that Queen’s D&Disaster pre-dates Rush, but I just like saying “by-tor & the snow dog.”

This song was actually teased at the end of their first album for reasons I’ll never understand. I mean, it’s not like it’s such a good idea that it made me want to buy their next album. In fact, I remember thinking just the opposite. In its more robust three-minute version, it’s better. Brian May’s guitar heroics and Freddie Mercury’s over-the-top performance nearly rescue the song from its own literary pretensions. Nearly.

The B side was a nonalbum track, “See What A Fool I’ve Been,” which is the most overtly gay performance from Freddie to date. I mean, you could listen to “My Fairy King” and think he was singing about actual fairies, but his limp-wristed performance here is more than mere camp. Then again, Freddie’s performance is the song’s only interesting feature; otherwise, this is your standard, run-of-the-mill rock/blues song about a man losing his woman. It would be interesting to speculate that the labels left the song off of Queen II because of its sexuality, but the dull reality is that they probably (rightly) determined it just wasn’t a very good song.