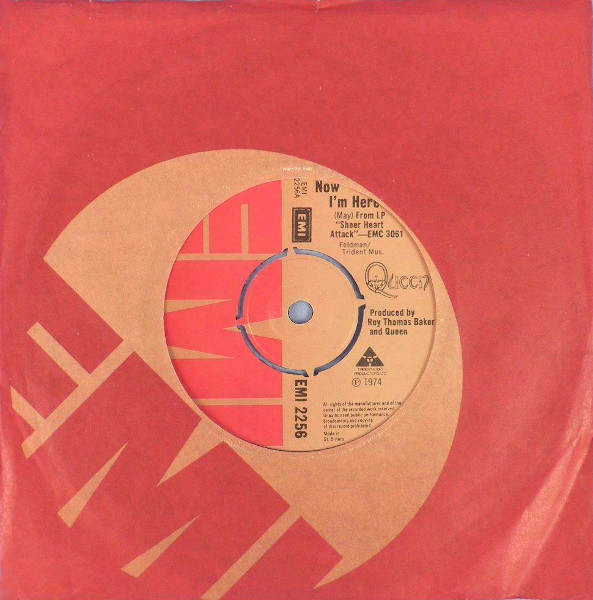 The second single from Sheer Heart Attack is a mix of berries and lilies that went untasted by Americans.

Queen’s second single from Sheer Heart Attack wasn’t released in the US, but our wiser English counterparts gave it a proper welcome. Maybe it’s only fitting that a song which references the anticipated American breakthrough of Queen and Mott the Hoople and cops a lick from Chuck Berry (“Little Queenie”) should be snubbed by America. Or maybe it’s irony, since we seem to be oblivious to irony over here.

Now I’m Here stands in stark contrast to Queen’s increasingly theatrical sound. It’s as tight a rocker as they’ve released so far, sharp as a razor blade, that proves the band can still push their amps to eleven when the mood strikes them. Roger Taylor deserves a special shout-out for matching Brian May’s energy, pound for pound. Producer Roy Thomas Baker also gets into the act, moving Freddie Mercury’s vocals between the left and right channels during the “Now I’m here / Now I’m there” segment at the beginning of the song.

The B side is Freddie’s Lily of the Valley, which was originally part of a longer suite that included “Flick of the Wrist.” The A and B sides are contradictions and complements, the two faces of a mercurial May Queen. On “Lily of the Valley,” Mercury’s piano leads the way while May’s guitar blooms behind each graceful footfall.