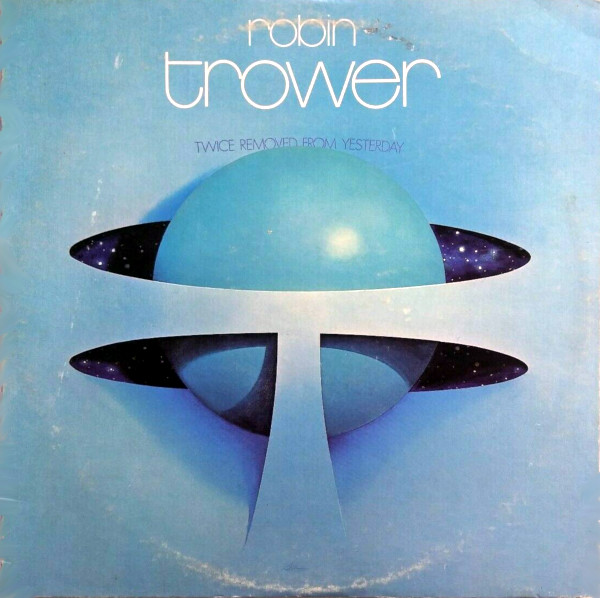 Trower seemed an unlikely choice for a guitar hero. He was a lead guitarist in a band, Procol Harum, that had no practical use for one. Robin ended up carving out his own space on Procol’s albums, much as Matthew Fisher had done earlier, but he never quite fit in. His songwriting contributions to Procol Harum were often blues-rock songs that lacked Gary Brooker’s poetic flair: “Whisky Train,” “Juicy John Pink.” But with Broken Barricade’s “Song for a Dreamer,” written for Jimi Hendrix, Trower discovered a different sound based on Hendrix’ music: psychedelic, sound-drenched and, as others have wisely pointed out, shimmering.

There being no accidents in life, Trower used the occasion to strike out on his own with a power trio based not a little on the Jimi Hendrix Experience. The first attempt, called Jude, featured Frankie Miller and ex-Jethro Tull drummer Clive Bunker. Although this group never recorded an album, it led to the formation of the Robin Trower Band, with Miller making the introduction to bassist/vocalist Jim Dewar and drummer Reg Isidore rounding out the new trio. I Can’t Wait Much Longer, the first track on Twice Removed From Yesterday, is actually a Jude song, recorded with the new lineup. The opening guitar lines, rich in reverb, instantly evoke images of Hendrix and blues-rock bands such as Free and West, Bruce and Laing (the latter might be the better parallel).

Trower’s guitar didn’t simply sound re-energized; it sounded reborn. The straight blues-rock tones of the past now appeared in a thunderous, psychedelic haze that was influenced by Hendrix yet uniquely Trower’s own. Daydream, for example, is clearly patterned after a song like “Little Wing,” but it’s the soul of Hendrix and not the sound of him that you hear in Trower’s playing. Lest I place all the credit at Trower’s guitar pedals, Dewar is a terrific singer in the Paul Rodgers mold (a comparison that others have made as well). As for Isidore, he’s more Corky Laing than Mitch Mitchell.

Trower never had enough room to really stretch out on the Procol Harum albums. On Twice Removed From Yesterday, he stretches out to new heights. A song like Hannah, for example, is drenched in Trower’s guitar. Man of the World, selected as the album’s single likely because of its shortness, might be the least interesting on the album; Trower’s personality never emerges, and Isidore’s drumming sounds dangerously like disco.

The second side starts off with the amazing I Can’t Stand It, for my money the album’s standout track. It’s clearly patterned after Hendrix, but it’s no poor man’s “Purple Haze.” Instead, this is Trower carrying the psychedelic blues-rock torch that Jimi and others had picked up from past masters like B.B. King (who gets his own homage with a tight performance of Rock Me Baby). The title track, Twice Removed From Yesterday, will immediately remind Procol Harum fans of “Song for a Dreamer” in its spoken parts. Sinner’s Song features one of the album’s strongest riffs (every song here more or less starts out with a guitar exposition that gives way to the band grinding it out) and features an impressive solo from Trower that further establishes his unique, psychedelic blues-rock sound. Ballerina is the album’s gentlest track, closer to Derek and the Dominos’ take on “Little Wing” this time.

Produced by fellow Procol exile Matthew Fisher, Twice Removed From Yesterday confirms that Robin Trower was criminally underused in that band. But the album’s title isn’t for naught. The guitarist on A Salty Dog was a very different creature, chained to the blues guitarists of the past. His discovery of Hendrix unleashed a heretofore hidden creativity that, ironically, would have made him a perfect match for Procol’s progressive style. Of course, I couldn’t have predicted that Fleegle would go on a killing spree 45 years later either. I guess time changes all of us.

Songs written by James Dewar and Robin Trower unless noted.