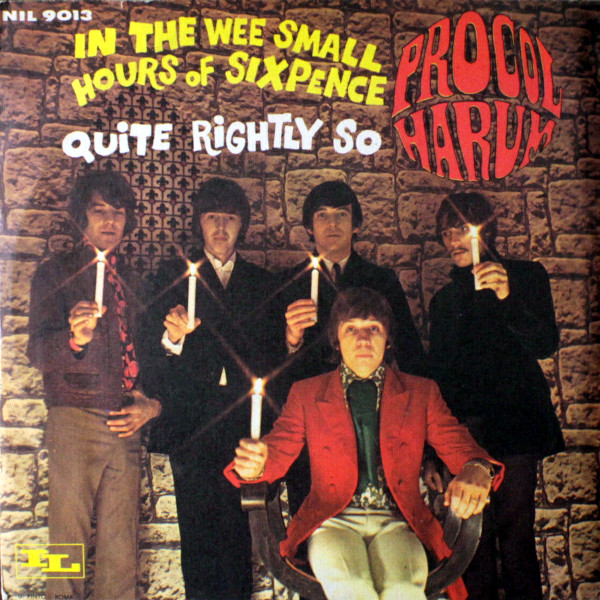 The bloom was off the rose, and the success of the band’s new single paled in comparison to their first hit.

Kronomyth 1.5: An ode by any other name.

Rome is burning, and I’ve once again stopped to listen to the fiddler. Fifty years ago, when this single was released, the fire started with the removal of the gold standard from US currency. Today, it’s Bitcoin. In between, pencil-thin economists have let their imaginations grow fat on the idea that economies create wealth not products, and now it’s the newly minted Bitcoin billionaires who will lift us up on their magnanimous shoulders with the promise of two non-fungible tokens in every pot. Unless, of course, the secret identity of the master tulipmaker is revealed. You see, then, why the sound of the violin is so sweet? It masks the sound of people eating one another. But I digress…

In the spring of 1968, Procol Harum’s rising stock was about to come crashing down to the commercial reality that, no, the group would not be the next Beatles. Their third single, which featured two new tracks, quietly disappeared with nothing more than a one-week cameo appearance on the UK charts. In a strange move, regional releases alternated which song was the A side. I’ve always preferred Quite Rightly So, which suggests a jaunty version of “A Whiter Shade of Pale.” In the Wee Small Hours of Sixpence feels like an English novelty, although it’s not so far removed from The Beatles’ “Lady Madonna.”

Despite commercial apathy, Procol Harum and their label liked “Quite Rightly So” enough to make it the lead track on their second album, Shine On Brightly. There, it fits in quite nicely with the rest of Keith Reid’s lyrics, which found him increasingly out of synch/touch with the external world.

Original 7-inch single version (Germany/Norway)
A1. Quite Rightly So
B1. Rambling On