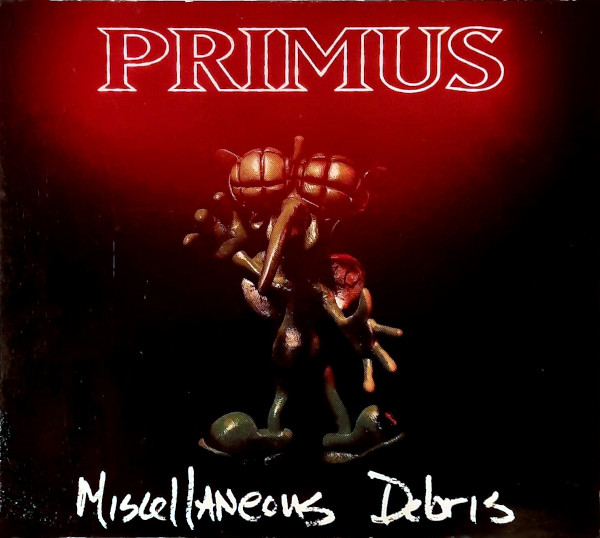 This EP confirms what you already knew: that Les and the band had a very interesting record collection.

To fill the gap between their third and fourth albums, Primus released an EP’s worth of cover songs featuring an eclectic selection that ranged from The Meters to The Residents. Miscellaneous Debris may be the most “normal” record they’ve ever released, insofar as these songs actually sound like songs. Intruder sounds like a slightly darker Peter Gabriel, Making Plans for Nigel a slightly more dissatisfied XTC, Have a Cigar a slightly nastier Pink Floyd. I don’t know if a slightly more sinister version of The Residents is possible.

I would’ve personally loved to hear an entire album of covers. Imagine Primus covering Butthole Surfers or Pixies or, hell, The Beatles. They could’ve called it The Cheese Tortellini Incident. Now, Primus has probably never played it as straight as they do on The Meters’ Tippi Toes, and you might be bored with that. Presumably, you buy Primus albums to hear the band twist apart conventional song structures and not to hear Les Claypool sing. I think it’s sweet that they wear their affections on their sleeve, however, even if it’s only for a little while.

I don’t have anything more to add, and I don’t see any purpose in dissecting the band’s arrangements. This is mostly just a mini-vacation from strange fish tales and interstellar elastic overdrive. Again, that’s just my impression, which is a kind of opinion, but hardly an authoritative one. I mean, there’s a back button on your browser for a reason.