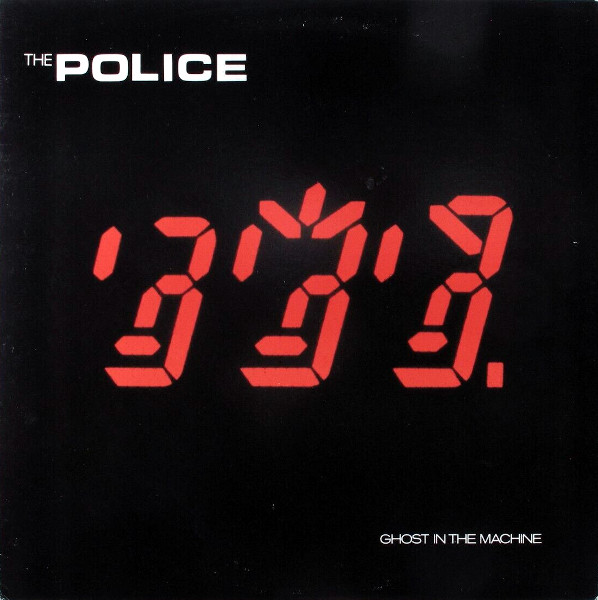 The Police add synthesizers and horns on their darkest and most polished album to date.

When The Police released their fourth album, Ghost in the Machine, I remember thinking that it sounded a lot like a Sting solo album. It turned out I was right, as the prominence of keyboards and horns pointed forward to Sting’s solo music. It is, of course, a brilliant album, but it’s more of a black diamond in their diadem. Even the contributions from Andy Summers and Stewart Copeland are dark this time, as if Sting’s serious mood overshadowed the sessions.

The album produced several hits including Every Little Thing She Does Is Magic, Spirits in the Material World, Invisible Sun and Secret Journey. It’s a pretty dour set, and the rest of the album isn’t much brighter: Demolition Man, Omega Man, Rehumanize Yourself. That last track at least has a light-hearted melody behind it, suggesting the likeable “Canary in a Coalmine” from their previous album. All those songs—in fact, the entire album—feel energized, but it’s a dark energy at work. Only One World (Not Three) could be called a hopeful song.

Copeland’s propulsive rhythms and Summers’ rich guitar textures are what distinguish this from, say, The Dream of the Blue Turtles. In a sense, the pair are battling against an increasing arsenal of sounds from Sting that now includes bass, synthesizers, horns and vocals. The balance had clearly shifted, and observations that The Police were now Sting’s band probably stung a bit more for Copeland and Summers. That the trio managed to make a great album despite the widening chasm between them is a testament to their professionalism. Still, it’s clear who was the ghost and who was the machine at this point.