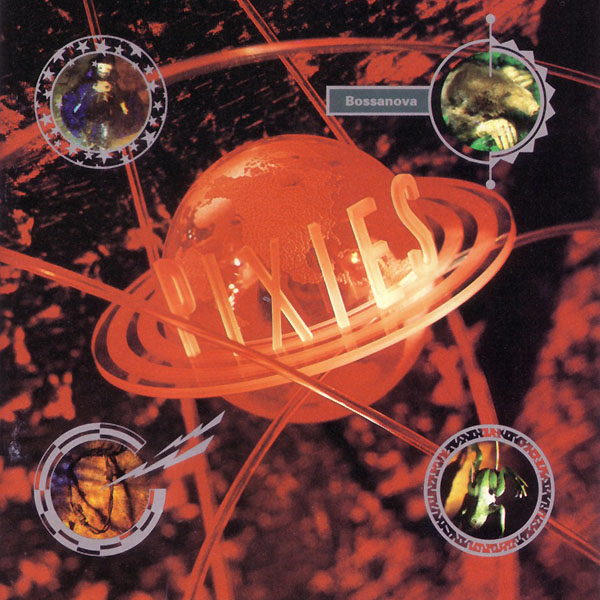 Pixies make a pop album. Except, of course not, but they are surprisingly sweet sometimes on Bossanova.

Spaghetti ghost songs and some of the most accessible music in the whole Pixionary. Bossanova’s got a sweet side that starts with the haunted “Velouria” and burns straight through “Dig For Fire.” The giant, barbed choruses provide pure joy, a taste of things to come from Nirvana, Smashing Pumpkins and the new pop revolution. The old Pixies records never housed such a hospitable patch, but were boobytrapped with brutal experiments like “Rock Music.” Bossanova just has the one black sheep and plenty of fluffy white ones, bookended by spectral instrumentals.

I listen to Bossanova more than Surfer Rosa or Doolittle not because it’s better, but easier to swallow. Sugar-coated Pixies is my kind of poison. I like them spacey (“The Happening”), spooky (“Is She Weird”), even silly (“All Over The World”). Rosa, Doolittle and Trompe Le Monde are great albums, but they’re scary. When history tallies up Pixtory, however, it’ll probably read a lot like the first three records: Debaser, Wave of Mutilation, Broken Face and all the brutal noisemongering as art; Gigantic, Here Comes Your Man and the cute anomalies as the potent punchline. That Bossanova charted higher than any Pixies album before or since will work against it. “Velouria” will be trotted out, then tucked back into a toybox that includes far too many fun shapes not to be spilled out on the floor and played with more often. Like I said earlier, tracks 3 through 8 come out of the box a lot, and I love Bossanova for it.