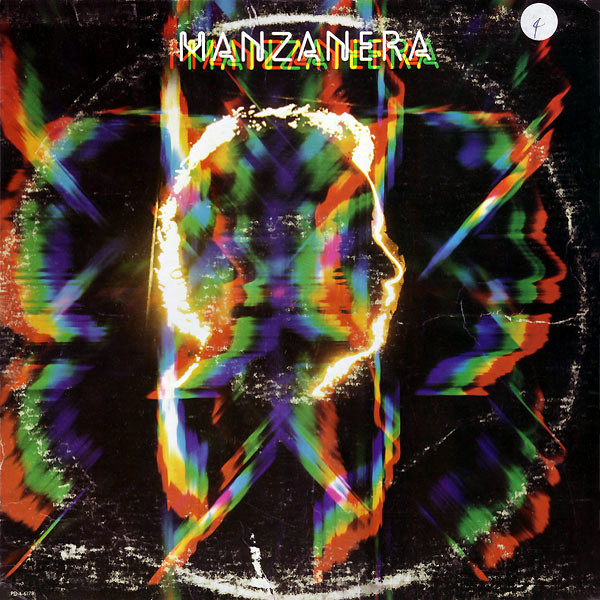 Proof that Phil had a life outside of Roxy Music, with contributions from Split Enz and Godley and Creme.

The second “solo” album (i.e., not credited to 801) from Phil Manzanera enlists the help of familiar faces including half of Split Enz (Tim, Eddie and some guy named Neal), both Godley AND Creme (who were surgically joined at the hip at this point), 801ers Bill MacCormick and Simon Phillips, and former Roxy musicians John Wetton and Paul Thompson. Of course, the question on most people’s minds is “How much does this sound like Roxy Music?” and the answer is “Not nearly as much as it sounds like pre-Frenzy Enz and G&C with better manners.” K-Scope mixes in a few instrumentals with mostly songs featuring slightly prickly and sometimes silly subject matter, rarely trying the same thing twice but not as eclectic as Robert Fripp’s Exposure, for example. Eno’s early albums were more extreme, the Enz more openly tuneful; a cross between G&C’s L and Wetton’s Caught In The Crossfire seems like a reasonable place to plot this.

The Roxy references are felt mostly in the guitar work (Bryan Ferry’s old license plate, “CPL 5938,” is even namechecked in “Numbers”) and the presence of saxophones in the mix (courtesy of Mel Collins). Tim Finn takes lead vocals on four tracks, though I’ve never found him to be a suitable mouthpiece for other people’s ideas. Bill MacCormick and brother Ian (a music journalist) provide songwriting support, and Bill’s two turns at the microphone (“Gone Flying,” “Walking Through Heaven’s Door”) might be the two best tracks on here. John Wetton’s vocal cameo on “Numbers” is a low-key performance that neither excites nor disappoints. K-Scope was apparently mixed quickly to make way for Roxy’s triumph-my-fanny return, and marks the end to Manzanera’s mid-Siren/Manifesto dream. The 801-era albums are all probably worth owning at some point, assuming you’ve already acquired all of the proper Roxy releases and Ferry/Eno albums aforehand. The closing “You Are Here” is especially interesting, and points the way toward the instrumental solo album, Primitive Guitars.