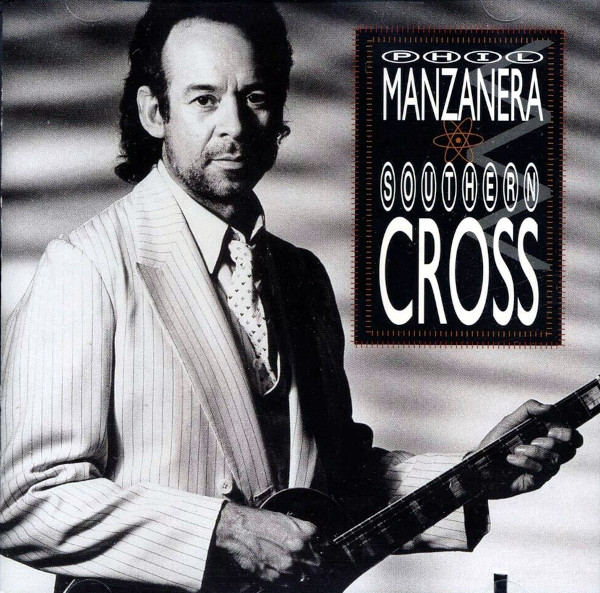 If Mike + The Mechanics wrote an album about Cuban politics and hired a proper guitarist, it would probably sound like this.

This is the studio pop of WettonManzanera crossed with the guitarist’s Cuban past. Southern Cross is a rich-sounding record, elevated by the nearly full-time collaboration of Tim Finn as lyricist and vocalist. It’s also a serious record: “Dr. Fidel,” “A Million Reasons Why,” “Rich And Poor.” They sing of class distinctions, dictators, unscrupulous doctors. I have to imagine that the lyrics on songs like “Venceremos” better reflect the feelings of Phil Manzanera. That or Tim Finn was reading The Motorcycle Diaries that week.

Finn is actually only one of the featured vocalists, Gary Dyson being the other. Dyson has a voice suited to the adult pop market, more flexible than Finn’s sometimes high-pitched pipes. Personally, I think Finn could have done great things with “The Great Leveller,” and maybe he’ll resurrect it for his solo career some day.

Southern Cross is a very smart and professional pop record, if more political than most. However, I don’t know where the market is for it. Roxy Music fans would need to exhaust all of their original works plus everything by Bryan Ferry, the first two proper Brian Eno albums and maybe Diamond Head before arriving at Southern Cross. Tim Finn fans don’t lack suitable side avenues either: Split Enz, Crowded House. As for Phil Manzanera fans, I have to wonder how many exist outside of the Roxy axis. I can imagine maybe Latin Roxy fans aligning with Manzanera, but the weirdos went with Eno while the pretty boys and girls belong to Bryan.

I’ve picked up a few of Phil’s efforts out of curious habit and Southern Cross stands as tall as any of them. It’s south and to the left of my usual tastes, but we all have to leave our little island sometimes.

Photography by Nicholas DeVille. Art direction and design by The Duke Design Co.