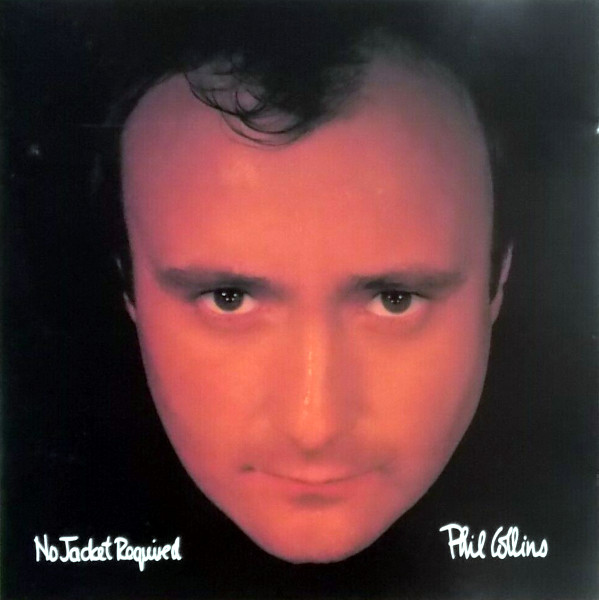 The album where Phil Collins became a commercial force and probably began earning more money than some small countries.

Kronomyth 3.0: The dream of the green dollars.

I like Phil Collins as much as the next guy, but even I was getting tired of seeing his face everywhere. Unfortunately, his third album, No Jacket Required, was a massive hit, so I was either going need to find a big rock to burrow around or get used to living in a PC world. It’s a very good album, don’t get me wrong, just not my cup of tea: bouncy beats, horns, synthesizers, Sting, pop music pret a porter from the production room to the living room.

No Jacket Required featured a more aggressive sound than his previous two albums. There were no cute Motown re-creations, no lonesome piano ballads, as Collins seems to have gone into the recording studio with a “go big or go home” aesthetic. Because every song is produced at maximum force, I find it all a bit exhausting. On the clear winners—“Inside Out,” “Sussudio,” “One More Night,” “Don’t Lose My Number,” “Take Me Home”—the high-gloss treatment is warranted, but the album would have achieved a better sense of balance if Collins had underplayed his hand on the other half. Of course, that’s a personal taste thing; the fact that the album went #1 in the UK and US and sold millions of copies speaks for itself.

No Jacket Required is the first album to credit guitarist Daryl Stuermer on the writing credits. It’s nice to see their longstanding collaboration consummated by cowriting new material, even if the sum effect is the same as solo Collins in terms of sound and vision. Once again, the labels added a bonus treat for people who purchased the CD version: “We Said Hello, Goodbye.” Forsaking the high-gloss production for once, it’s one of my favorite tracks from the whole set, although I tend to like sad songs.

You could hear No Jacket Required as the commercial culmination of Phil Collins, or the moment when the hitmaking machine moved from handmade to mass production. I’m of the latter camp. “Sussudio,” for example, doesn’t even bother with a proper title, as though Collins could just covfefe his way into our hearts. And, really, rock & roll should issue a restraining order to keep Sting and Phil Collins at least 12 feet from each other. Again, these are likely just the grousings of a grumpy progger, but Peter Gabriel somehow managed to sell records without selling his soul.