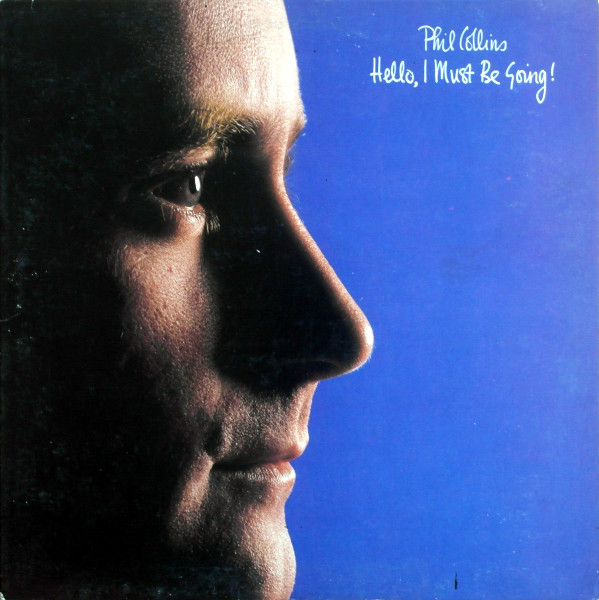 The second album repeats the success of the first down to the smallest details, which is a bit, um, boring.

Where Face Value was completely unexpected, Hello, I Must Be Going! is exactly what you expected. The same elements were arranged in a similar order, with Phil Collins weeding out some of the stranger elements of his first album to focus on pop songs with horns, moody synthesizer numbers with heavy percussion and romantic confessionals. As a near carbon copy of his first record, some saw it as a counterfeit effort at the time (myself included), but the quality of the material has stood up over the years, as evidenced by the album’s re-charting upon reissue.

The album’s shining moment was a cute, straight cover of The Supremes’ You Can’t Hurry Love, which was accompanied with a video of Collins in triplicate. (Unless there are actually three Phil Collinses, which I’m not entirely ruling out given that he seemed to be everywhere in the 80s.) Other singles inevitably followed, from a familiar stroll through the evening air on I Don’t Care Anymore to another hit and miss on I Cannot Believe It’s True. Some have pointed to Collins’ developing romance with Jill Tavelman as a source of optimism on the album, but I don’t hear it. Both albums are pretty dark, and even his love songs (Like China, Don’t Let Him Steal Your Heart Away) have a sinister side to them.

Daryl Stuermer once again plays an important supporting role in shaping the sound, and Hugh Padgham (who must surely have a doppleganger or two of himself dashing between studios) turns in another spot-on sounding record. With Phil Collins albums now interleaved between Genesis albums, the line between the two blurred as both began filling the same commercial void. If you find the idea irritating, feel free to take your sour grapes to Tony Banks’ The Fugitive, which is closer to the progressive spirit of Genesis and features some of the same people (Stuermer, Mo Foster).

As much as you can’t really grouse against an album that contains so many good songs, I still have the impression that Hello, I Must Be Going! falls apart at the end. The West Side is simply filler and Why Can’t It Wait ‘Til Morning comes perilously close to maudlin mush. Or maybe the second album is simply a victim of the first’s success. It certainly qualifies as classic Phil Collins, no matter how much you insist that such a thing does not it exist. True love, now that’s a myth.

All songs written by Phil Collins.