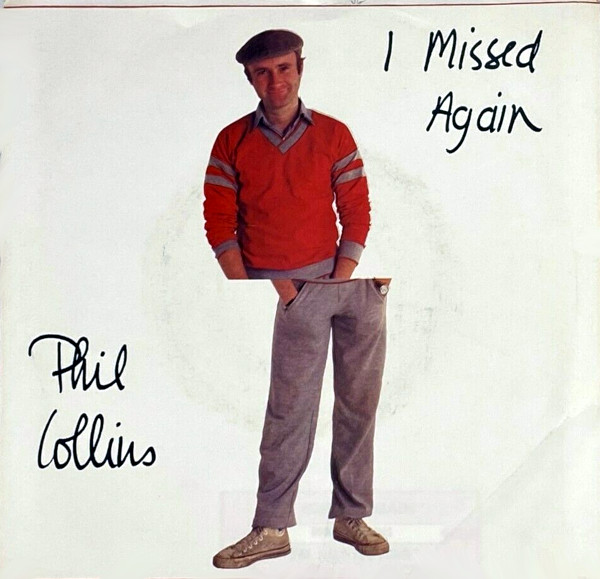 Phil didn’t need to move heaven and earth to have a hit, just earth, wind and fire.

Kronomyth 1.1: I can feel it in the air guitar tonight.

When Face Value was released, it didn’t sound like Genesis. In fact, it sounded like little else on the radio. I guess you could have called it Motown mixed with synth-pop in a spartan, sterilized studio (particularly if you liked alliteration). I Missed Again, featuring the Earth, Wind & Fire horns, was one of the bounciest cuts on that album (“Behind The Lines” being the other). Yes, the song is probably about Phil’s divorce (what on Face Value wasn’t?), but if you can dance and get divorced to a song, you know you’ve got a winner.

The flip side is the album track, I’m Not Moving, which always reminded me of ELO—probably because of the synthesized voice (and who among us doesn’t remember “The Diary of Horace Wimp?”). Both the A and B sides are identical to the album tracks, which is a testimony to the stellar production/editing work of Phil Collins and Hugh Padgham. Of minor interest, “I Missed Again” was the second single from Face Value released in the UK (which had released “In The Air Tonight” two months earlier), and the first single in the US (which didn’t release ITAT until two months later). And of teeny, tiny, termite’s heinie interest, I used to watch a lot of music videos in 1981, and I don’t recall ever seeing the video for this song, whereas they played “In The Air Tonight” all the time, probably because that video didn’t suck.