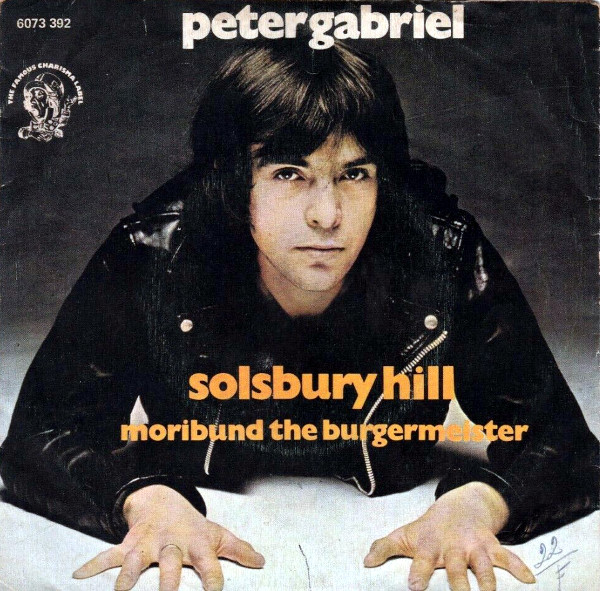 Two years after leaving Genesis, Peter Gabriel writes a great song about it. Unfortunately, the first record went downhill after that.

Peter Gabriel’s now-famous declaration of independence, “Solsbury Hill,” was the perfect choice for his first single after leaving Genesis. Honestly, I enjoyed the song for years without knowing what it meant, only learning years later that it was a direct reference to the artist’s frame of mind when he decided to leave the “music machinery” and go solo.

The B side, “Moribund The Burgemeister,” is a clever piece of historical fiction that imagines a local politician in the Middle Ages trying to protect/prevent against a spreading case of chorea (St. Vitus’ Dance). Wouldn’t surprise me a bit to learn that Gabriel was using this as a commentary on how the older generation views the musical/dance tastes of the younger generation. “Moribund The Burgemeister” is also notable as a direct link back to his previous work with Genesis (particularly Lamb); a link that is notably missing on the rest of his first record. Of minor interest, it appears that Atco originally issued the single in its unedited elpee version (4:20) before re-releasing it in the edited single version (3:25) used on the international releases.