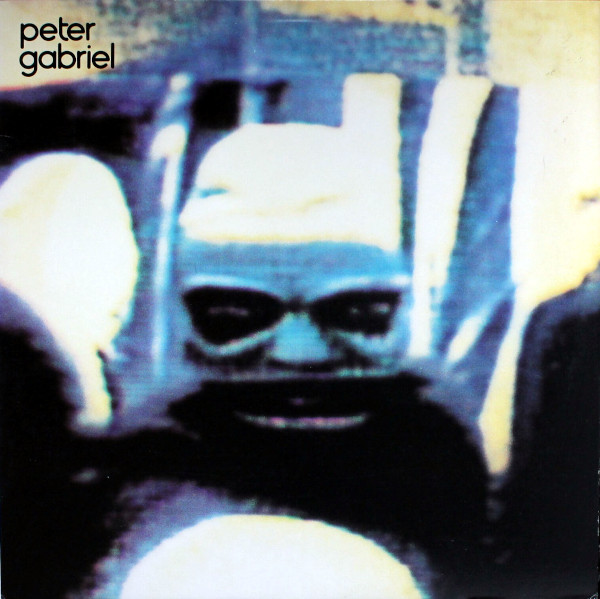 A complex, subtle cabernet of internalized shame and global change.

Kronomyth 4.0: The man in the monkey suit.

Peter Gabriel dug deeper to find the animal within, exploring two very different paths in the process that led to a sort of future primitivism on Security. Not only is the music ahead of its time, but somehow it manages to be ahead of Gabriel’s own vision. As intelligent and ambitious as these songs are, Gabriel fails to bring most of them into focus, and you get the sense that the singer only had a vague idea of what the final product might sound like. At least that’s the impression left on me by works like “The Family And The Fishing Net,” “I Have The Touch” and “Wallflower.” This suspicion was confirmed in part when Gabriel released a far superior version of “I Have The Touch” a few years later that finally balanced the song’s disjointed giddiness with its worldbeat sensibilities.

That balance is already evident on the wonderful “Shock The Monkey” (with a video that made plain the album’s theme of a modern man lost in a primal world), far and away Security’s most immediately accessible track. The rest of the record takes time to sink in, from the subtle but stirring “Lay Your Hands On Me” to the spellbinding “San Jacinto.” Security is well worth the effort, as the arrangements are so rich in subtle detail that nuances are discovered with each sitting, eventually revealing the power and unlocking the obscured majesty of songs like “The Rhythm of the Heat” and “San Jacinto.” And yet it’s not the stunning achievement of his last album, here suffocating under too many layers, but a necessary step toward the cooly confident So.

In a real sense, “Biko” and “Wallflower” and “Red Rain” are the same image articulated by an evolving artist (and listeners may favor one period or style of composition over another as their tastes dictate). I’ve always been impressed with the record, and over the years continue to go digging in it for hidden treasures, but it’s never been the rewarding experience of the works around it. Note that the original elpee featured a sticker with the title “Security” that, when removed, rendered the album again untitled. Like last time, Gabriel also recorded a German-language version of the album, called simply Deutsches Album.

All songs written and arranged by Peter Gabriel.